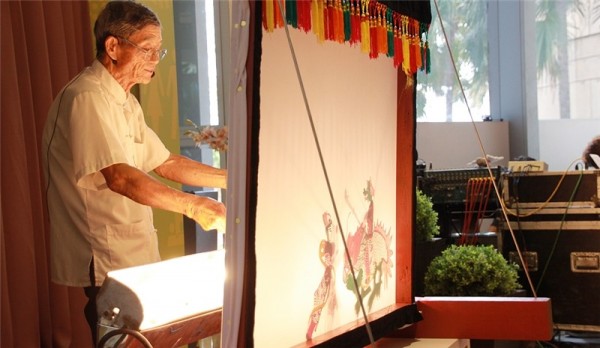 Chang passed Hsin Hsing to Hsu after his prized apprentice married his daughter. Hsu renamed the troupe as Fu Hsing Ko Shadow Puppet Troupe, and recruited his brother and friends to join the troupe based in Mituo District of Kaohsiung.

Hsu first picked up shadow puppetry when he was 6 years old. Close to 60 years of experience made him the foremost authority on shadow puppetry and an indispensable expert on literary shadow plays, in which he was the only puppeteer who could sing in Chaochou tone for the whole shadow play.

Most shadow puppets made by Hsu retained their traditional elements and colors. But to allow audience members to enjoy the performance with more ease, Hsu had increased the size of the shadow puppets, stage, and screen.

Hsu's brother Hsu Fu-chu (許福助) started to learn shadow plays in 1989, and became the troupe's leading puppeteer in 1999. The younger Hsu then took over the operations of Fu Hsing Ko in 2001.

Hsu Fu-chu particularly excels in making and manipulating animal-shaped puppets, and animals appear in almost every single one of his shadow shows. Therefore his choice of theater plays and characters are in a style quite different from that of his elder brother.

Fu Hsing Ko is also dedicated to preserving and teaching shadow puppetry. In addition to traditional literary plays, the troupe has also added acrobatic elements to their shadow theater now, sparing no effort in performance and promotion.