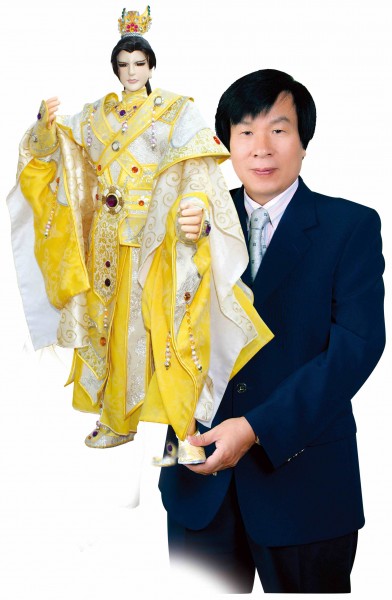 Taiwanese renowned puppeteer Liao Wen-ho, who began to host hand-puppetry shows at the age of 8, established his eponymous troupe in the late 1970s, when television access was negligible and traditional outdoor performances were all the rage.

In 2013, Liao and his troupe debuted at the W. M. Keck Foundation Children's Amphitheater in the Walt Disney Concert Hall, an architectural masterpiece designed by Frank Gehry for the Los Angeles-based Music Center, one of the world's premier performing art destinations.

Some of the troupe's most-performed classic Chinese tales for a foreign audience are "A Journey to the West” and "The Brave Swordsman,” both of which are usually well-received thanks to Liao's own improvisations.

By using large-sized glove puppets that are half of their wielder's height, Liao has managed to transfer intimate Taiwanese puppetry shows onto the grand stage. Moreover, his sheer dexterity and ability to voice over 20 different characters has cemented the Yunlin native as one of the nation's top master puppeteers.