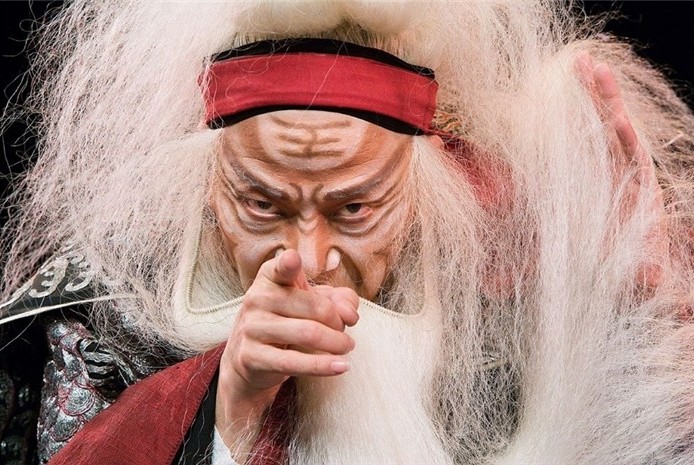 Contemporary Legend Theatre is a pioneering performance group in Taiwan that blends Peking opera with modern Western theater. Since their first Peking opera take on "Macbeth,” they have staged numerous adaptations of Shakespearean and ancient Greek tragedies around the world.

Founded in 1986, Contemporary Legend comprises artistic director Wu Hsin-kuo (吳興國) and 5 other members, including the notable Peking opera actress Wei Hai-min (魏海敏). As an actor, director, and playwright, Wu hopes to integrate the languishing Peking opera with contemporary dance and theater to appeal to more audiences.

"Kingdom of Desire (慾望城國),” the piece with which Contemporary Legend Theatre made its debut, is an adaptation of Shakespeare's "Macbeth.” The group re-interpreted the Western masterpiece through Peking opera, creating a new form of Eastern theater.

"CLT is one of the best blends of Eastern and Western techniques that I have yet seen ...In any language that is excitingtheatre,” a reviewer wrote in The Guardian.

"Kingdom of Desire” has become their significant piece marking the fusion of the East and the West. While capturing the essence of Shakespearean plays, the remake also reflects Chinese literature and historical context, taking Peking opera and Taiwanese traditional arts to another level.

In 2001, the group brought a new experience to theatergoers with an adaptation of Shakespeare's "King Lear.” With Wu playing 10 characters in the performance, the integration of classic techniques of acrobatics, fighting, and kung-fu, the Western dramatic storyline, and elaborate stage propsreceived wide acclamation and had since been performed widely overseas.

In the past two decades, the group has produced adaptations of "Hamlet,” "Medea,” "Oresteria” and the absurdist play "Waiting for Godot” by the Nobel-winning theater director Samuel Beckett. In addition, their repertoire also includes the more traditional "Yin Yang River (陰陽河),” "The Last Days of Emperor Lee Yu (無限江山),” and "The Hidden Concubine (金屋藏嬌).”

Their 2011 collaborative performance with Taiwanese author Zhang Da-chun (張大春) and singer Wakin Chau (周華健) - "The Loyal Hall of the Water Margin (水滸108 II - 忠義堂)” was another breakthrough in Peking opera history. The deft combination of traditional performing arts and contemporary rock music was a sensation on both sides of the Taiwan Strait.

The group's most recent adaptation, "Metamorphosis” by Franz Kafka, has again led audiences to see a familiar story from a new perspective at the 2013 Edinburgh Fringe Festival. With their creative presentation of traditional performing arts, Contemporary Legend has revived the diminishing Peking opera by successfully attracting young generations of theatergoers.