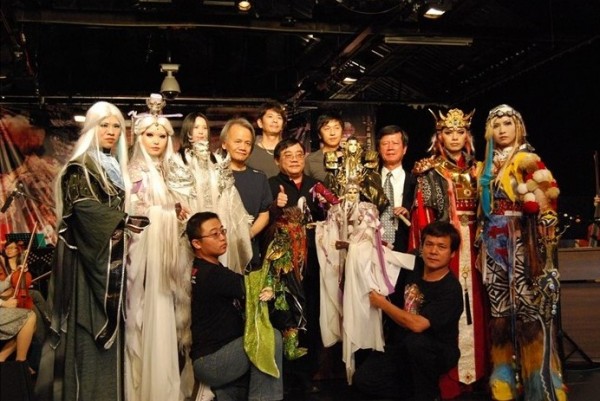 Pili Glove Puppetry is a well-known glove puppetry TV show in Taiwan that emerged in the 1980s. It has changed the traditional impressions of glove puppetry by incorporating animation into its performance. It also made glove puppetry shows available on DVDs with English subtitles to promote Taiwanese glove puppetry overseas.

The two brothers Huang Chiang-hua (黃強華) and Huang Wen-tse (黃文擇) are descended from Huang Chun-hsiung (黃俊雄), the second son of puppet master Huang Hai-dai (黃海岱) who invented a flashier form called Golden Light Puppetry. It is no surprise that the widely popular Pili Glove Puppetry is created by the third generation of the most accomplished glove puppetry family in Taiwan.

The name of Pili Glove Puppetry comes from the fact that every production is titled with "pili (霹靂),” which means "thunderbolt” in Chinese. Produced by Pili International Multimedia Co., Ltd., it has released numerous dramas, games, and films under the brand name Pili.

Unlike traditional glove puppet shows that are presented on small wooden stages, Pili Glove Puppetry is showcased through television and cinema mediums, and took the "Golden Light” form to a new level by adding lighting, special effects, and martial arts action. The innovative glove puppetry shows became an immediate sensation when it started airing on TV.

Shooting in a studio based in Yunlin, every episode of the Pili show is written by its own screenplay team, with Huang Wen-tse serving as voice actor for all the characters using Taiwanese dialogue. Since 2002, it has also produced its own background music and soundtracks.

In 2016, it collaborated with the Japanese Good Smile Company to produce a TV series titled "Thunderbolt Fantasy (東離劍遊記),” marking the first collaborative project of such art form between Taiwan and Japan. The series is available in Japanese, Taiwanese, and Mandarin Chinese, and a sequel has been announced for 2017.