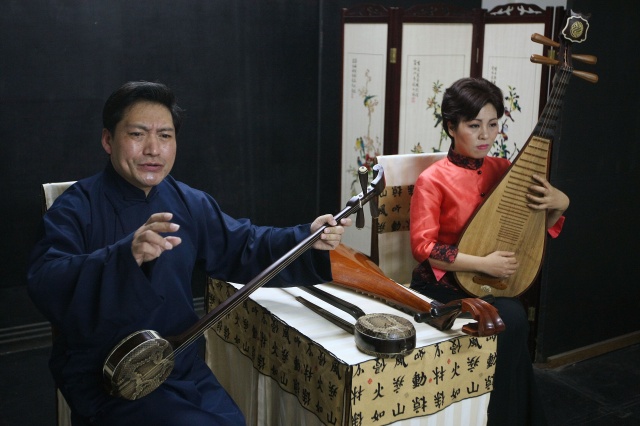 Established on August 4, 1993 by Lin Wen-pin, the Taipei Quyi Tuan focuses on developing the traditional comedic art of xiangsheng, or cross-talk, via organized events and promotions. Cross-talk is a traditional Chinese comedic performance of a dialogue between two or more performers, or sometimes a monologue. The language used in the performances is rich in puns and allusions, and delivered in a rapid fashion.

Taipei Quyi Tuan aims to entertain and communicate with the audience in every performance. Every spring, the Taipei Quyi Tuan goes on stage at the famous Red House in Taipei; moreover, the group has been selected as one of the art groups supported by the government since 1998. Troupe leader Kuo Zhi-jie is a leading artist of this field, with over three thousand performances worldwide under his belt.

Taipei Quyi Tuan performers speak, imitate, tease, and sing original content that is filled with quips, puns, and parodies. Sometimes two actors banter with each other, such as in "Wu Song Slaying the Tiger.” In other works, a solo performer claps an instrument called a paiban, usually made of two flat pieces of bamboo tied together, to accompany the sarcastic, jibing performance.

Since xiangsheng is popular in mainland China as well, the group has invited famous artists from Beijing and Tianjin as guest performers. They have also appeared in 2005 on the CCTV New Year Gala, which attracts the largest TV audiences in the world on every Chinese New Year's Eve.

The Taipei Quyi Tuan is second to none when it comes to connecting modern audiences with an art form that can be traced back to the imperial Ming dynasty. To help train a new generation of xiangsheng performers, the group established their own training and education division in 2005. Students are required to complete a systematic three-year program before graduation; this serves as the best talent incubator in Taiwan for the art of xiangsheng.