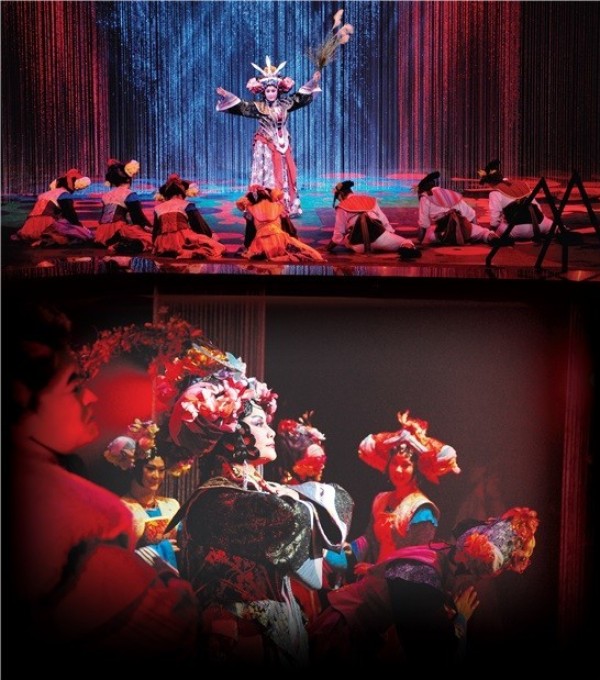 The Taiwan Bangzi Opera Company is the only national troupe of its kind based in Taiwan. Six decades after its establishment as a performance group attached to the military, it has evolved into an autonomous troupe that adopts the culture and art of Taiwan into its performances, producing opera pieces that are both traditionally and contemporarily relevant.

The troupe was founded as the Zhong Zhou Bangzi Opera Troupe (中州豫劇團) at the Vietnamese island of Phu Quoc during World War II. It was relocated to the Zuoying District of Kaohsiung City in 1953, and became known as the Flying Horse Bangzi Opera Troupe of the Republic of China Marine Corps (海軍陸戰隊飛馬豫劇隊).

It was renamed 'Taiwan Bangzi Opera Company' in 2008, and after the establishment of the Ministry of Culture in 2012, it officially became a national performance troupe under the supervision of the National Center for Traditional Arts.

Though Bangzi opera is originally from mainland China, it has been adapted into Taiwanese culture smoothly. The troupe has explored various repertoires, from historical stories and folklore to Shakespeare's plays, producing pieces such as "Bond (約/束),” an Bangzi opera adaptation of "The Merchant of Venice” that deftly presents a western classic through eastern interpretation.

In addition, the troupe also produces opera pieces that are enjoyable for both adults and children, which allow for younger generations to connect with traditional performing arts. It also holds Bangzi opera camps for children to experience performing on stage, helping traditional arts and culture take root through a bottom-up approach.

Since 2005, the troupe has teamed up with performers of traditional arts in southern Taiwan, including Taiwanese opera troupes, glove puppet troupes, shadow puppet troupes, and Hakka cultural troupes. It aims to muster momentum for revitalizing traditional arts in southern Taiwan, and create a network for such groups to exchange ideas and support each other.

From entertainment to education, the Taiwan Bangzi Opera Company has spared no effort in promoting Bangzi opera, cultivating new members, and passing down the traditional art form.