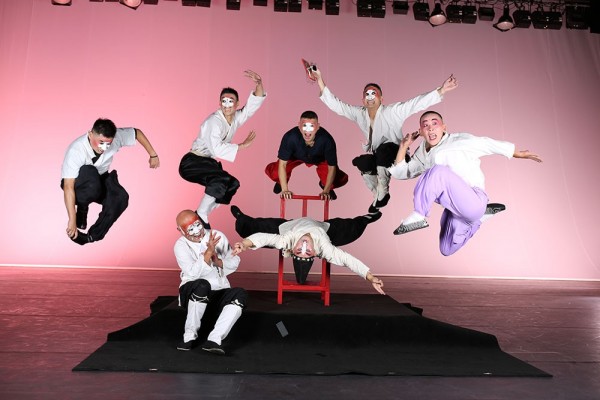 As the only national Peking opera troupe in Taiwan, the GuoGuang Opera Company is tasked with the mission of preserving and developing traditional Chinese opera. Established in 1995 by the Ministry of Education, it joined the Ministry of Culture in 2012 as a subordinate troupe of the National Center for Traditional Arts.

Following the Nationalist government's relocation to Taiwan in 1949, Peking opera became popular during the 1950s, especially among Chinese immigrants. The opera's popularity, however, declined with the advent of nativist culture and literature.

To keep the traditional art form going, the GuoGuang Opera Company evolved from a traditional Peking opera troupe to one infused with modern ideologies. Today, the troupe not only focuses on performing classic plays but also creates new operas that reflect social issues to attract more audiences. In addition, many of the new operas are inspired by literary works, historical legends, or folktales.

Many of the new operas have enjoyed great acclaim, and some like "Journey through Hell (閻羅夢―天地一秀才),” "The Annals of Great Generals (大將春秋),” "Wang Shi Fong (王熙鳳大鬧寧國府),” and "Three Persons and Two Lamps (三個人兒兩盞燈)” have won accolades from the Golden Bell Awards and the Taishin Arts Awards.

In 2009, GuoGuang also cooperated with American theater director Robert Wilson in creating a Chinese version of "Orlando” based on the same-titled novel by English writer Virginia Woolf. The opera successfully combined eastern sensibilities with western drama and creativity to woo audience members.

In addition, the GuogGuang Opera Company has expanded its scope by performing abroad. They have performed in China, Hong Kong, Singapore, the United States, and Europe with sensational results. The company is also devoted to promoting traditional opera through cultural exchanges and workshops.

For almost two decades, the GuogGuang Opera Company has continued its mission as an heir of traditional Peking opera. By bringing modern perspectives to the traditional art, GuoGuang embraces contemporary values without losing sight of the opera's origins.

With unceasing effort, the troupe overcame the fall of Peking opera in Taiwan and became an enduring establishment. The troupe offers not only outstanding performances but also educational opportunities for younger generations to experience the cherished tradition. Today, the GuogGuang Opera Company serves as the best artistic conduit for Peking opera in Taiwan by enhancing and popularizing the traditional art form.