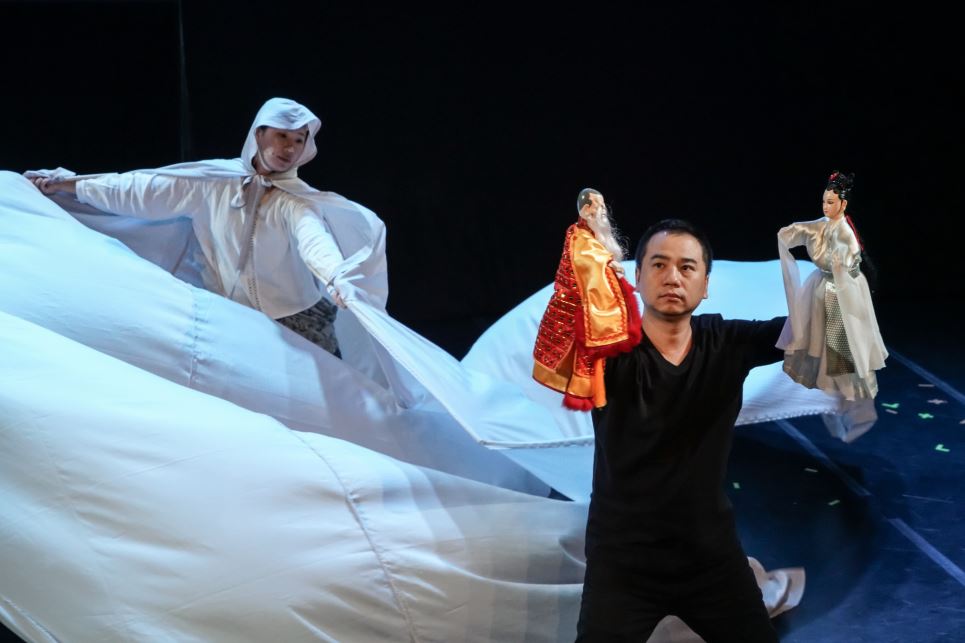 The Jin Kwei Lo Puppetry Company is a glove puppetry troupe that seeks to preserve Taiwan's traditional culture and heritage as well as create innovative repertoires to reach younger audiences. As a family troupe involving three generations, the troupe has established a good reputation in Taiwan for its efforts in revitalizing traditional performing arts.

Chiang Shi-mei, one of the first female puppeteers in Taiwan's glove puppetry scene, began her performance career at the age of sixteen. Over the past six decades, she has accumulated a rich gamut of skills, including variations in narration and voice, and has an established signature style. She also performed with puppet master Li Tian-lu (李天祿) during the peak of glove puppetry in Taiwan.

Being one of the few female puppeteers in Taiwan, Chiang established the Jin Kwei Lo Puppetry Company to pass down her take on the traditional heritage. Joined by Chiang's son, daughter-in-law, and grandsons, the troupe has produced several pieces under her guidance and performed across Taiwan since its establishment.

In 2011, the troupe was selected by Taiwan's Ministry of Foreign Affairs as a cultural ambassador to stage several showings of "Wu-Song, The Tiger Fighter (武松打虎)," a production adapted from an old folk story, in Nauru. The troupe amazed Nauruans with their exquisite puppets, dynamic martial arts, and vivid performance.

Directed by Cheng Chia-yin (鄭嘉音), artistic director of Puppet & Its Double Theater (無獨有偶劇團), the joint production tells the tale from the perspective of Meng Po. Combining modern theater, traditional Bengun music, and puppetry techniques with the creative usage of light and shadows, the interdisciplinary production has received positive feedback since its release.

Audience members in France will get the opportunity to assess "Potion of Reincarnation" for themselves, as the Happy Puppetry Company has been as selected one of the four troupes representing Taiwan this year at Festival Off d’Avignon.