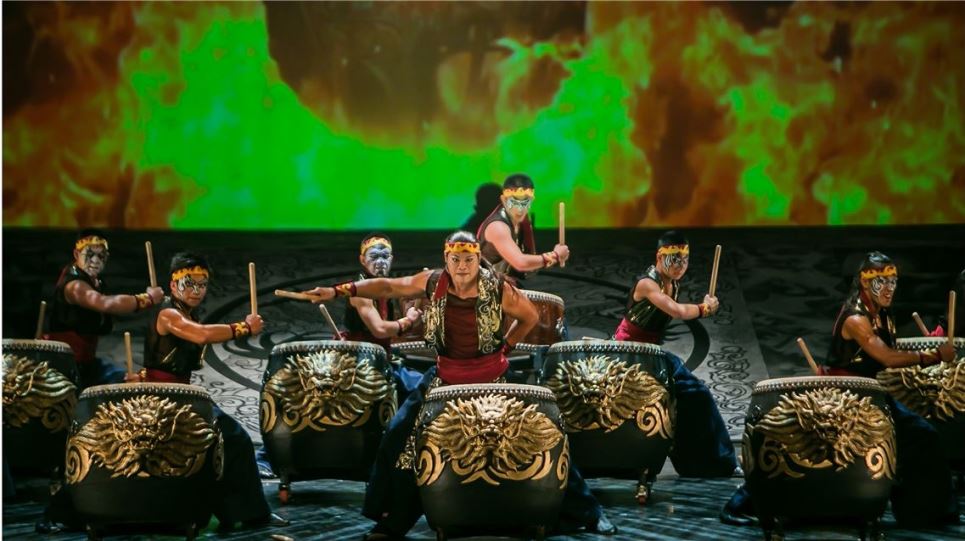 Leader of the parade, or Tīn-thâu (陣頭), is a part of Taiwan's traditional temple culture, which has played a part of ceremonies for welcoming and thanking temple gods since the island's early days as an agrarian society. Chio Tian Folk Drums & Arts Troupe originally performed for temple gatherings in Taichung, but over the years they have worked to improve and innovate their performances, elevating traditional tīn-thâu to a higher level of artistry. Today, they are a performing arts group with a strong reputation at home and abroad.

The troupe was founded in 1995 by Hsu Chen-jung, and in the 20-plus years since, their performances have consistently been rich with local character and focused around common elements of Taiwanese temple gatherings, particularly kóo-tīn (鼓陣), sîn-tsiòng (神將), and ka-tsiòng (家將). The first is drum-centered, the second involves sizable costumes, and the latter is characterized by face paint and ornate headdresses.

Hsu is always working to find new opportunities for the troupe's young members to perform, using challenges like climbing Taiwan's tallest peak, Yushan, or circumnavigating Taiwan carrying their drums to boost the troupe's exposure while also strengthening the performers' willpower and tenacity. In 2011, they even took on the challenge of spending seven days trekking across some 250km of the world's largest desert, the Sahara, taking turns wearing the 10kg godly costumes along the way.

Chio Tian Folk Drums & Arts Troupe has also had their story adapted into cinematic form, with 2012's "Din Tao: Leader of the Parade (陣頭)" not only featuring performances by the troupe and acting by several members, but also receiving rave reviews and taking an impressive NT$300 million at the domestic box office.

With their hard work over the years to elevate tīn-thâu into an art and inject new life into traditional culture, Chio Tian Folk Drums & Arts Troupe have given temple gatherings a new aesthetic and continue to tirelessly promote the traditional culture of Taiwan.