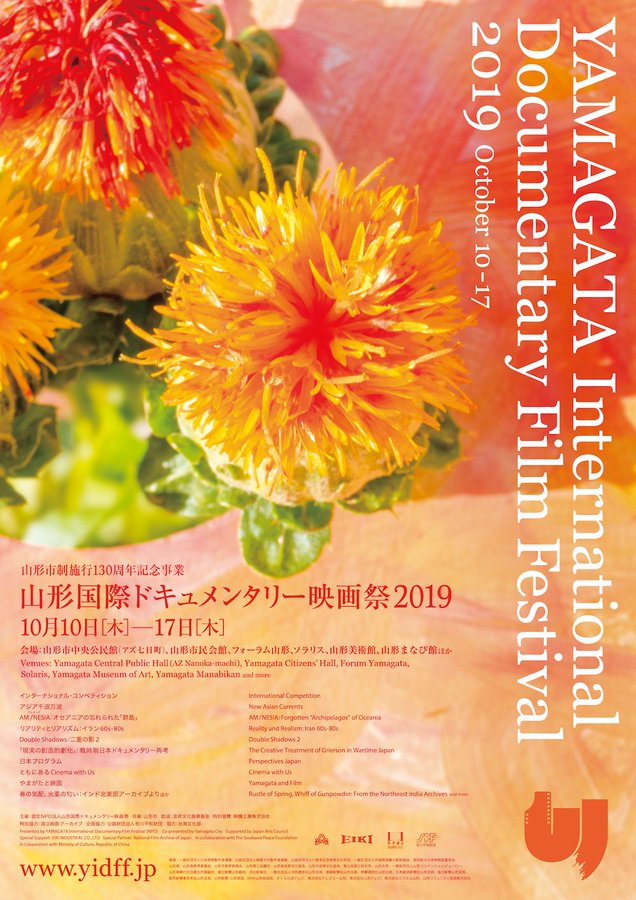 The Ministry of Culture has partnered up with the 2019 Yamagata International Documentary Film Festival to hold a special program titled "Living with Disasters: Documentary Film Practices Over the Years in Taiwan and Japan" at Japan's Honshu Island from Oct. 11 to 15.

Many films have been made and widely shown that document the aftermath of the 2011 Tōhoku earthquake and tsunami, twin catastrophes better known as the Great East Japan Earthquake and Tsunami in Japan. Eight years later, there are still filmmakers based in the disaster areas who have continued the work of recording the lives of the people there.

Taiwan, much like Japan, has been the site of numerous natural disasters over the course of her history. In just the past two decades, Taiwan has weathered large-scale destructive forces including the Sept. 21 earthquake of 1999 and Typhoon Morakot in 2009. These have claimed countless lives and displaced many more. Numerous Taiwanese filmmakers have also entered strife-stricken towns and mountainous areas to document the hardships of those affected, and the slow progress towards recovery.

This year's special program at Yamagata will take another look at the work of those who have spent extensive time documenting such disrupted lives in Japan and Taiwan, two East Asian nations that frequently face natural disasters while fearing nuclear calamities. How can filmmakers best approach films that reveal the emotional state of those bearing the brunt of the ongoing dramatic changes in the relationship between humanity and the natural world, and what should be this generation's way of thinking in terms of communicating these stories to future societies?

Screening this October at the Yamagata Museum of Art, "Living with Disasters: Documentary Film Practices Over the Years in Taiwan and Japan" will re-examine how important it is to document disaster on film, and what it means to the cultural sphere:

In other related news, three Taiwan-made films and shorts have been chosen by the "New Asian Currents" segment of the 2019 Yamagata International Documentary Film Festival:

The biennial festival's timetable is available for download here.