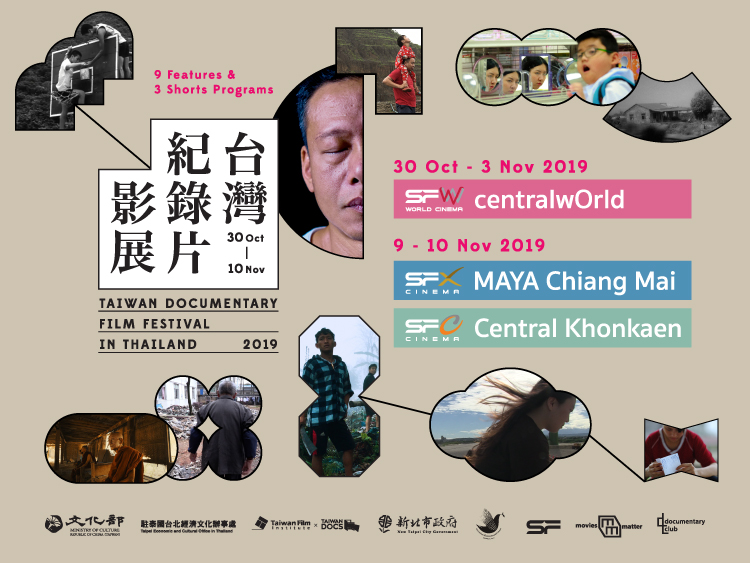 To help Thai cinema-goers learn more about Taiwan's cultural diversity and promote the art of cinematic documentation itself, the second edition of the annual Taiwan Documentary Film Festival in Thailand will take place in two parts. The main Bangkok event will take place from Oct. 30 through Nov. 3, whereas screenings in Chiang Mai and Khon Kaen will take place on Nov. 9 and 10.

The lineup this year encompasses 9 Taiwan-made documentaries and 3 shorts programs reflecting Taiwan's culture and way of life. The festival will begin on Oct. 30 at SF World Cinema in Bangkok with opening film "Blood Amber (血琥珀)," a documentary on Myanmar’s dangerous amber-harvesting operations directed by Taiwan's Lee Yong-chao (李永超) that held its world premiere at the 2017 Locarno International Film Festival in Switzerland.

The Taiwan Documentary Film Festival in Thailand will also invite three Taiwanese filmmakers to visit Bangkok and screen their works — Lee, Elvis Lu (盧盈良) and his featured documentary "The Shepherds (牧者)" on Taiwan's first LGBT-affirming church, and Adon Wu Yao-tung (吳耀東) and his award-winning classics "Swimming on the Highway (在高速公路上游泳)" on personal battles with the HIV virus and "Goodnight & Goodbye" on restarting a conversation left unfinished two decades ago.

Open to the general public with special emphasis on Thai students, film academics, and documentary filmmakers, the panel discussion co-organized with Taiwan Docs will be held on Oct. 30 as part of the festival’s grand opening to discuss "how can the government and public institutions support the film industry in Taiwan?"

After Bangkok shows the 20-plus short and full-length documentaries from Taiwan, five additional screenings will then take place at the SF Cinema outlets in Chiang Mai and Kohn Kaen on Nov. 9 and 10.

The Thai-language program for screenings in all three locations is available here.