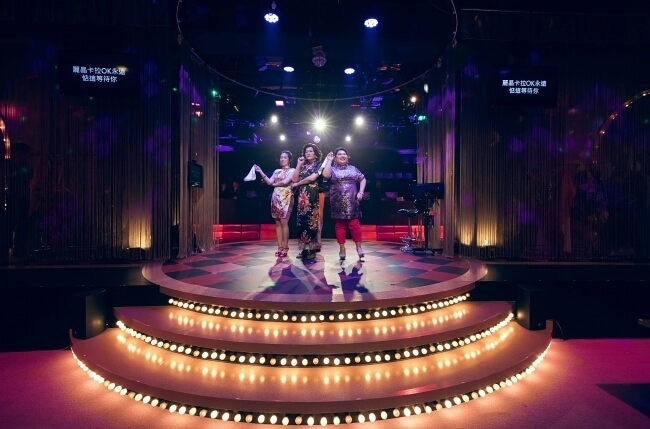 March 1 Update: "The Last Night of Beauty Karaoke" slated for Honda Theater in Japan from March 27 to 29 has been cancelled amid the global coronavirus outbreak. VM Theatre hopes that there will be an opportunity to tour in Japan at a later date. Refund information available here.

Kicking off the first series of contemporary theater exchanges between Taiwan and Japan, Taiwanese comedian and actor Peng Chia-chia (澎恰恰) held a press conference at Eslite Mall in Japan on Jan. 31 to promote his musical "The Last Night of Beauty Karaoke (麗晶卡拉OK的最後一夜)," which will debut in Japan in March.

With support from the Taiwan Cultural Center in Tokyo, Taiwan's Huashan Umay Theater in Huashan 1918 Creative Park (華山文創園區烏梅劇院) and Japan's famed Honda Theater in Shimokitazawa have partnered together for this special program. Additionally, the two theaters will also provide opportunities for talent development.

Taiwanese company VM Theatre (躍演劇團) will perform "The Last Night of Beauty Karaoke" at Honda Theater in Japan from March 27 to 29, while Japanese 52PRO theater troupe will perform at Huashan Umay Theater in Taiwan from Feb. 21 to March 1.

Director of the Taiwan Cultural Center in Tokyo Alice Wang Shu-fang (王淑芳) called it a landmark occasion as VM Theatre will become the first foreign troupe to perform at Honda Theater since its establishment in 1982. This is a great starting point to encourage more collaborative prospects between Taiwan and Japan in stage performances, theater productions, and new talent cultivation, she added.

Director of Honda Theater Honda Shinichiro (本多慎一郎) pointed out that the goal is to continue opening up more opportunities for overseas tours and cultural exchanges between Taiwanese and Japanese theater professionals.

Actor Peng mentioned that this will be his first-ever performance in Japan, and he feels very honored to have this opportunity. Known for his comedic presence, Peng is eager to prove himself as a serious stage actor through cross-gender acting in March.

"The Last Night of Beauty Karaoke" details the height of prosperity for Taiwanese karaoke clubs during the 1980s to its eventual decline. Portraying the karaoke club as a microcosm of society, the play aims to convey Taiwanese emotions and customs against the backdrop of magical realism.

‘The Last Night of Beauty Karaoke’