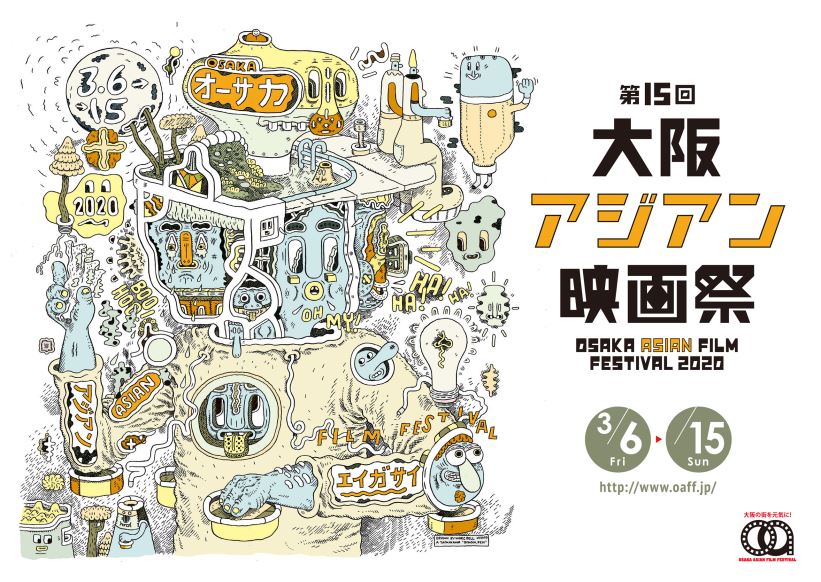 The Taiwan Cultural Center in Tokyo has partnered with the 15th Osaka Asian Film Festival to screen eight cinematic productions under the banner "Taiwan: Movies on the Move 2020" to showcase excellent new releases that mirror the current affairs of Taiwan.

The selection includes two favorites shortlisted by the festival’s official competition — "Heavy Craving (大餓)," a drama on the reality of body-image and self-identity issues as socially enforced ideals plague adults and children alike; and "Your Name Engraved Herein (刻在你心底的名字)," which narrates a historic love story between two schoolboys from a homophobic society in a stunning film emblematic of the changes that have taken place in Taiwan since.

The Osaka film festival will also host the world premieres of "Miss Andy (迷失安狄)," a melancholic yet hopeful feature on a transgender woman who sheds the identity of Andy to become Evon; "Nobody (有鬼)," where misunderstandings expose the sexual mores and social stigmas of a disparate group of individuals; and "Temple of Devilbuster (伏魔殿)," a reincarnation tale packed with neon visuals, high-octane pacing, and a barrage of cultural and social ills.

Rounding up the selection are "A Cockerel’s Tale (雄雞卡克)," a surreal short by "Heavy Craving" director Hsieh Pei-ju (謝沛如) on the caged yet sensual existence of a young rooster's life as a breeder; thug comedy "The Gang, the Oscars, and the Walking Dead (江湖無難事)" featuring last year's Osaka Asia Star recipient Roy Chiu (邱澤); and sci-fi short "RPG," where humanity is addicted to an AR system named "Nirvana" but still starved for meaningful connection.