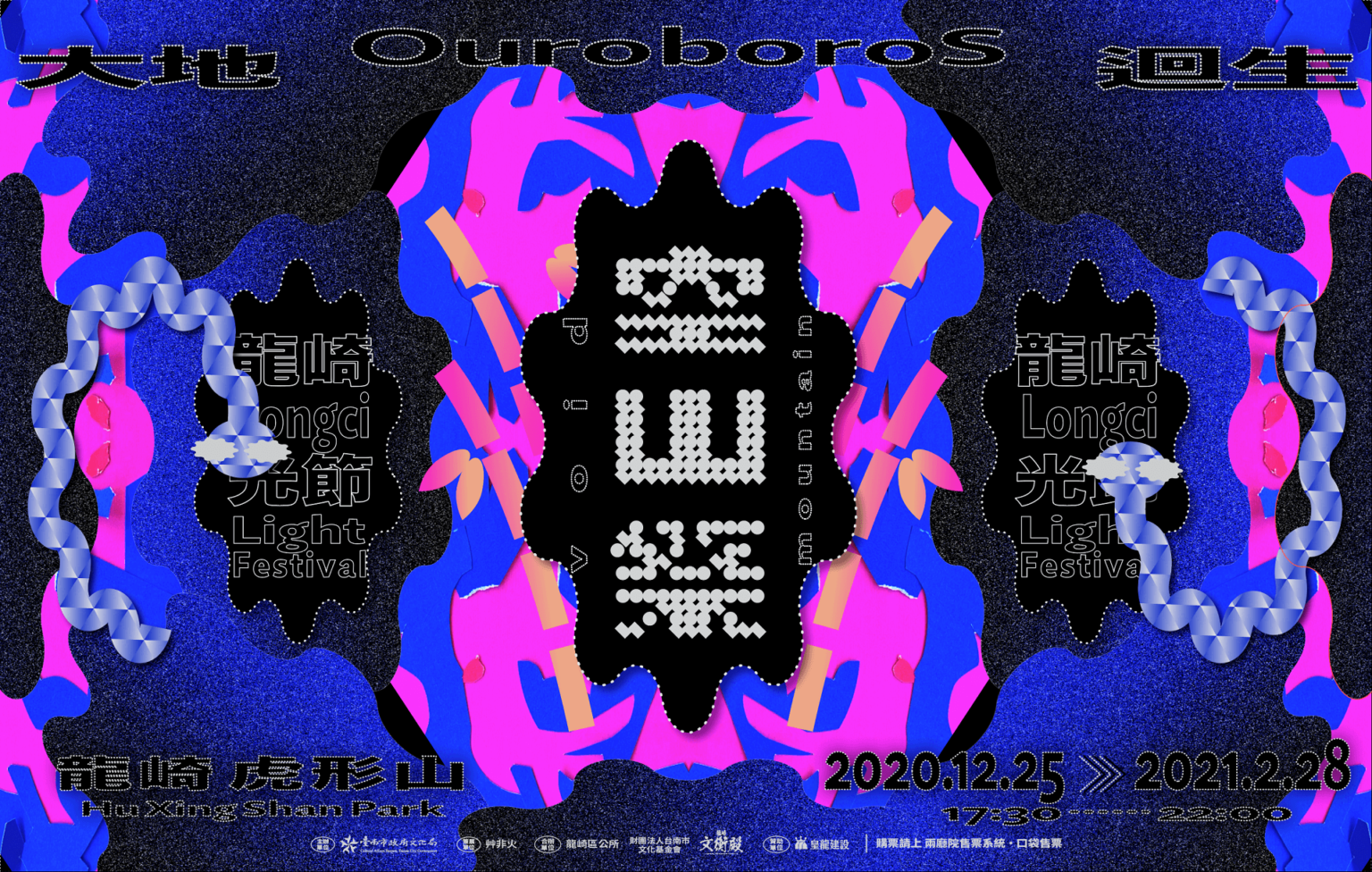 The second Longci Light Festival (龍崎光節空山祭), revolving around the theme of "natural revival(大地迴生)" based on a local legend, began on Dec. 25, 2020 and will last until Feb. 28, 2021. The Tainan City Government has invited 12 teams organized by artists, comic artist, members of the local community and schools to present 14 pieces of giant light art pieces.

The first Longci Light Festival (龍崎光節空山祭) hosted by the Tainan City government in early 2020 was praised by netizens as the most beautiful outdoor light festival in Taiwan, attracting more than 190,000 tourists during the seven weeks of exhibition.

The city government had previously pointed out that the annual event is aimed at boosting tourism in the region between Longci and Yanshuei (鹽水) townships over the Lunar New Year and Lantern Festival periods.

While the theme of the first Longci Light Festival was to explore the relations between people and their hometown as well as the connections between cities and remote regions, the exhibition of the second Longci Light Festival tells stories of journey of life and home-coming. The curatorial team indicated that they drew inspiration from the old Longci legend "Wo Jing Chuang(窩鏡窗)."

To improve the quality for viewers and to monitor the flow of visitors, the organizer is selling tickets at the price of NT$50 for a one-day ticket. For more information on the festival and to purchase tickets, please visit their official Facebook page and website.