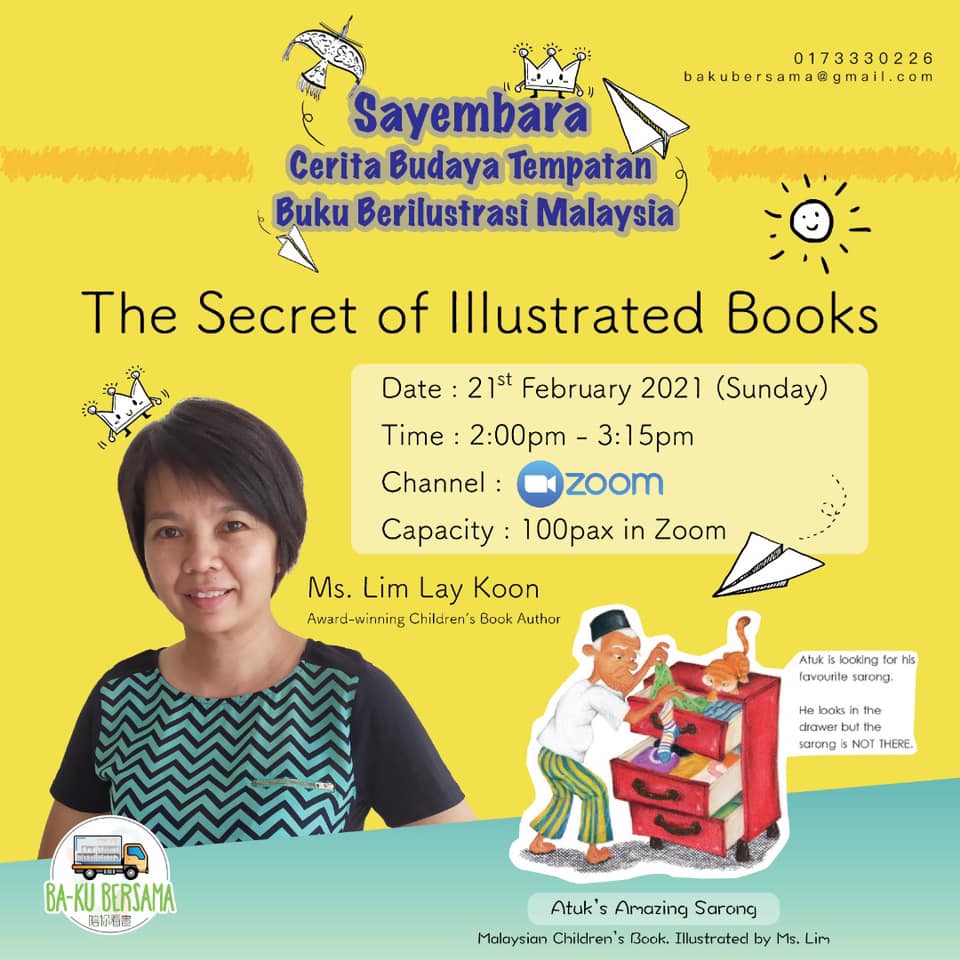 Jointly organized by the Taipei Economic and Cultural Office (TECO) in Malaysia and the Han Culture Centre Malaysia (HCCM), the second online sharing session under the theme "The Secret of Illustrated Books" took place on Feb. 21. Hosted by renowned Malaysian illustrator Lim Lay Koon (林麗君), the workshop conducted in English was part of the "Taiwanese/Malaysian Folklore and Indigenous Myths Illustrated Books (臺馬鄉土文化及原住民神話傳說繪本)" cultural exchange project between Taiwan and Malaysia.

Sharing her experiences and suggestions regarding creating picture books, Lim began by introducing different types of picture books. She pointed out that picture books, either those with only illustrations or those with illustrations and text, allow readers, especially those who are not proficient in written languages, to develop their imaginations. Some illustrations can take the role of text or supplement the background story, providing readers with a deeper impression.

Based on years of expertise, Lim explained in a simple and straightforward manner the process of creating a picture book in seven steps. This includes starting the story, expanding on story details, designing characters, creating the storyboard, sketching, coloring, and finally, putting it in print. In short, illustration is not simply about drawing, but is also a way in which an illustrator shows the dedication, care and passion towards his/her own craft.

Lim worked in the science and technology industry for many years. After winning a prize at a picture book competition, she embarked on an illustration career, gaining approval both at home and abroad through displaying her works at several international exhibitions.

"Taiwanese/Malaysian Folklore and Indigenous Myths Illustrated Books" was launched in Malaysia to promote cultural exchange between Taiwan and Malaysia, with its first online meeting having taken place on Jan. 10.

Meanwhile, application for "Malaysian Folklore Illustrated Books Writing Contest" will close on March 1. All Malaysian students aged 10 to 18 are welcome to upload and submit stories related to Malaysian culture in Chinese, Malay, or English here.

On Feb. 27, the third online sharing session will take place, inviting Taiwanese educator Sun Ta-chuan (孫大川) to expound on the ideas behind the book series "Taiwan Indigene: Meaning Through Stories."