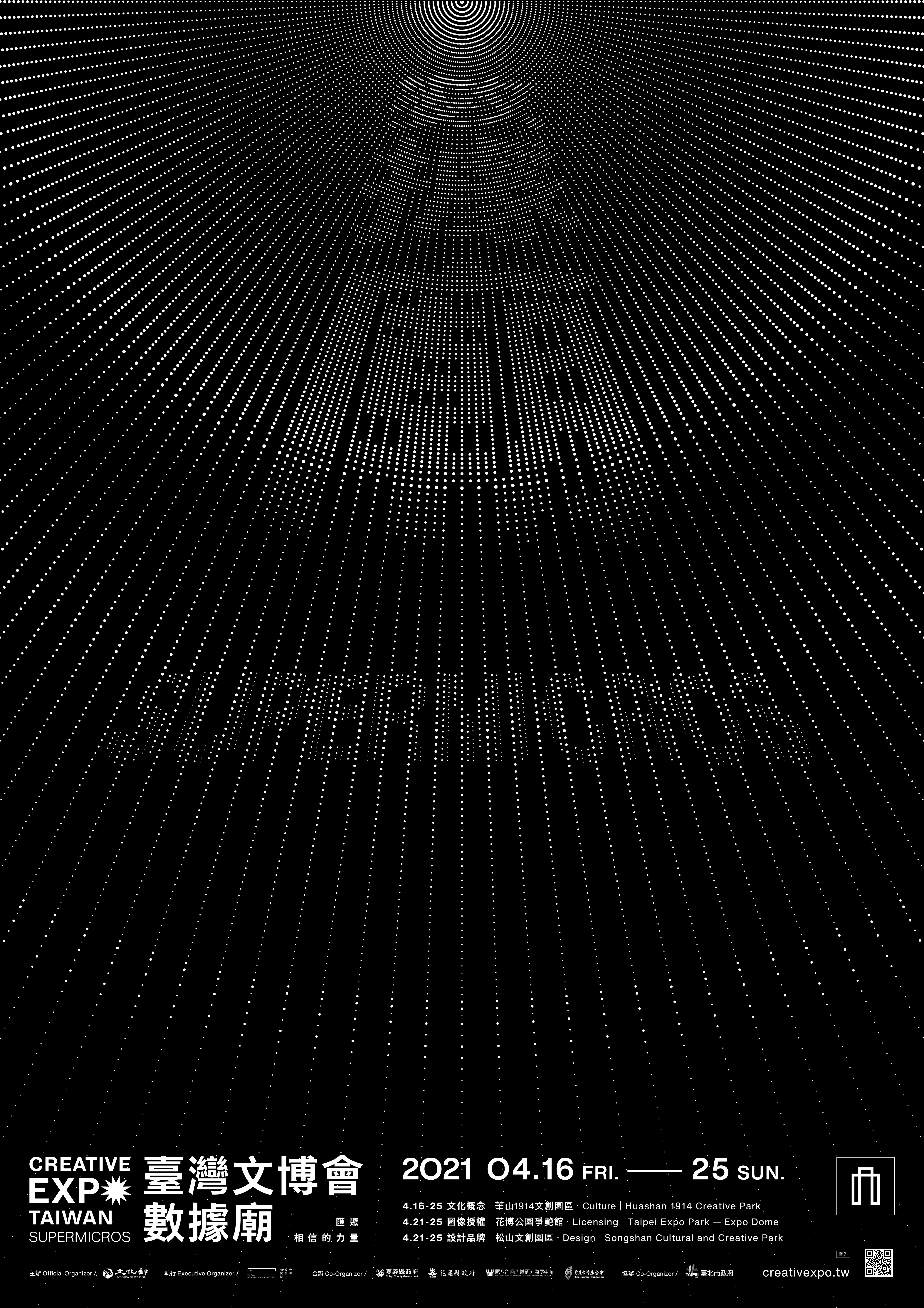 2021 Creative Expo Taiwan (CET), a series of events revolving around the theme of "Supermicros," will be taking place from April 16 to 25. Lin Kun-yin (林昆穎), from art and science group LuxuryLogico (豪華朗機工), serves as the chief curator and designer Yen Po-chun (顏伯駿) assumes the role of creative director. The events this year place emphasis on the integration of technology and culture so as to communicate Taiwan's sense of identity and faith in oneself.

Elaborating the idea that Taiwan is an island comprised of "convictions," the chief curator Lin said, "Since people have convictions, they are able to create together. Through shared beliefs, they proceed to create and take action, thereby giving rise to the ideal of mutual trust within the culture."

Yen Po-chun has served as visual coordinator at the Golden Melody Awards (金曲獎) over the years, and this is the first time for him to assume the role of creative director at CET, having designed the poster for the expo.

Echoing the theme of the expo this year, Yen uses tiny dots, lines and black background to highlight the significance of hope and faith.

Huashan 1914 Creative Park will host four exhibitions to explore rituals, the natural environment in Penghu and Haulien, handicrafts, as well as a food forum featuring Spanish and Taiwanese chefs from Asia's top 50 restaurants.

Songshan Culture Park will feature hundreds of new unique brands to showcase design and creative capacities, while Taipei Expo Park will focus on the intellectual property (IP) of images, bringing together original contents such as fictional characters, illustrations and digital entertainment.