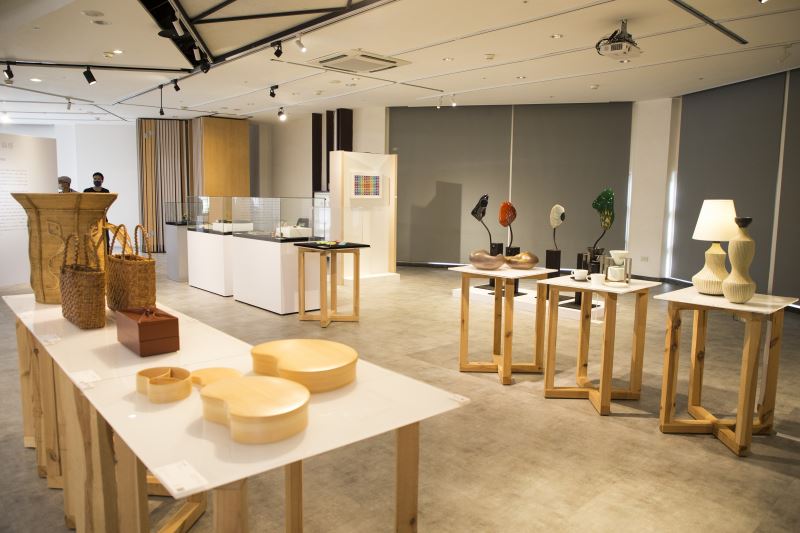 On behalf of Minister of Culture Lee Yung-te (李永得), Deputy Minister of Culture Hsiao Tsung-huang (蕭宗煌) stated that this year marks the year of Japan-Taiwan friendship, in commemoration of the 10th anniversary of the Great East Japan Earthquake of 2011.
He expressed his gratitude to the curatorial team, artists and guests attending the exhibition.

He also pointed out the historical connections between Taiwan and Japan regarding the development of crafts. In 1943, Yanagi Muneyoshi, founder of Japan's Mingei Movement, visited Taiwan for his folks craft research, and during the visit, he made acquaintance with Yen Shui-Long (顏水龍), a pioneer of Taiwanese crafts movement, commencing the development of crafts industry in Taiwan and the long-year exchanges between craft artists in Taiwan and Japan. In 1954, Taiwan established "Nantou Handicraft Seminar," which was renamed "Nantou Handicraft Institute" in 1973.

Over the years, there have been frequent exchanges between crafts artists in Taiwan and Japan, and the creations of the crafts artists have emphasized on the connections between the land and people. In collaboration with JCDA, the "C-flow" exhibition features four aspects, namely, generate the feeling of happiness through emotional connections, territorial identification, social involvement and self-development, Hsiao added.

Hwang Shyh-huei(黃世輝), curator of the exhibition, also mentioned that, in the process of creating and displaying, the artists seem to be conveying the concept of happiness. Featuring Taiwan's master craft artists as well as young emerging creators, the exhibition is a blend of traditional and innovative artworks. It shows the interpretation of "happiness" through craft arts by artists of various generations.