The UM-Spotlight Taiwan project will return this June with a series of events featuring Taiwan's culture, literature, and arts at the University of Malaya running through November.

The memorandum for the 2017 project was signed by Peggy Chou (周蓓姬), Director of the Culture Division of the Taipei Economic and Cultural Office in Malaysia, and Fan Pik-wah (潘碧華) Chairman of the Chinese Studies Department of the University of Malaya, on June 15.

Initiated by the Ministry of Culture, the Spotlight Taiwan Project invites foreign universities and institutes to become Taiwan's cultural partners and serve as platforms in their respective countries for introducing Taiwan's contemporary culture and arts through a myriad of events.

Since 2015, the University of Malaya has been on board the Spotlight Taiwan Project for three consecutive years. This year, the program will offer lectures, workshops, forums, study sessions, and film screenings to help Malaysian students learn about Taiwan's culture.

The first session of 2017 UM-Spotlight Taiwan will invite notable scholars and authors Huang Jin-shu (黃錦樹) and Tee Kim-tong (張錦忠) to discuss the topic of "Leaving and Returning to Hometown” at 9.45am on June 24.

The second session will screen a documentary from the "The Inspired Island - Eminent Writers from Taiwan” series to offer insights into the life and literature of eminent writer Pai Hsien-yung (白先勇) at 11.45am on the same day.

The third session, which will be held at 2pm, will feature Pai himself as the writer is scheduled to fly in and talk about his book "Interpreting ‘Dream of the Red Chamber' (細說紅樓夢)” at the University of Malaya. 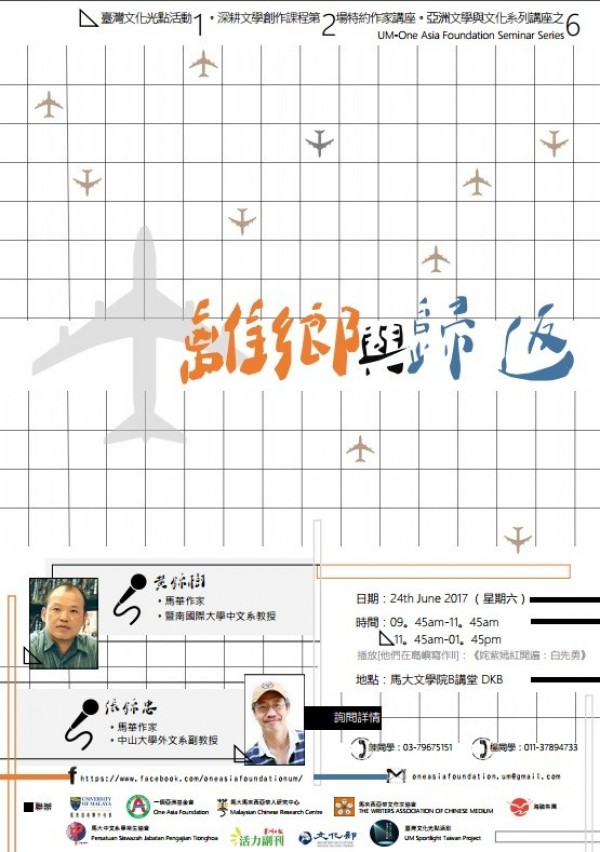 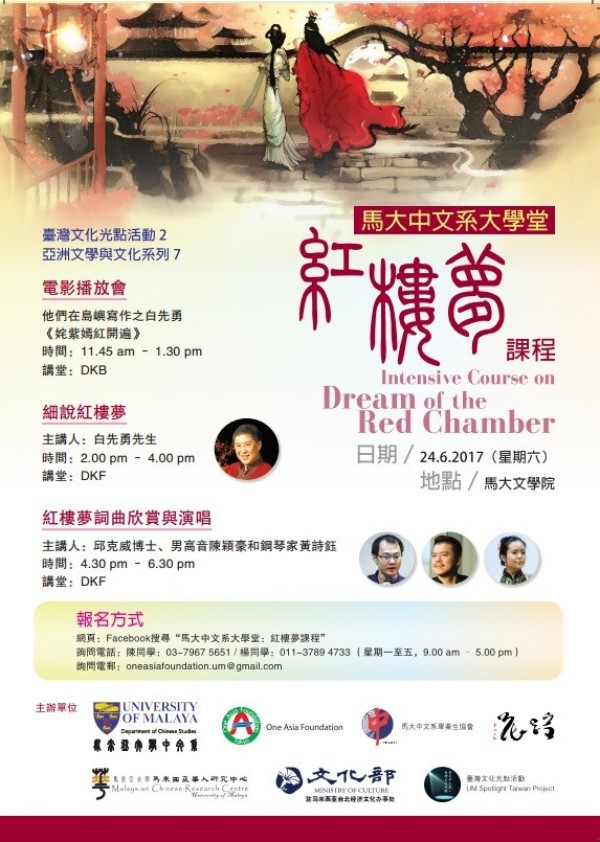