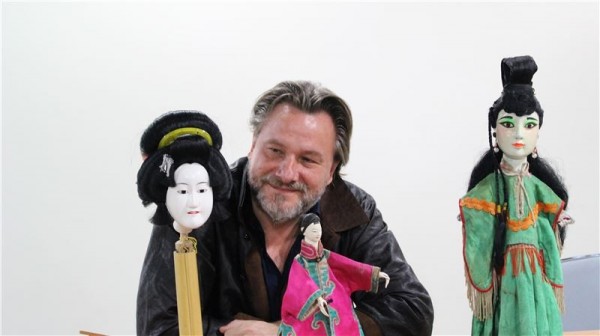 More than 150 relics relating to Asia's puppetry culture will be on view for the first time at the Iziko South African National Gallery from May 13 through July 31.

"The Magic of Asian Theatre Puppets - Beauties, Heroes, Villains, Gods, and Clowns,” the first Taiwanese puppetry exhibition to be held on the African continent, will be accompanied by lectures and workshops highlighting the magic of puppet theater that has enthralled audiences of all ages.

The special exhibition is curated by Taiyuan Asian Puppet Theatre Museum (台原亞洲偶戲博物館), one of the leading preservationists in the puppetry field. Based in Taipei, the museum was founded in 2000 by Dr. Paul Lin (林經甫) as part of his lifelong interest in Asian puppetry.

Taiyuan Asian Puppet Theatre Museum began with 5,000 relics from the personal collection of Dr. Lin before developing into an important institution of Asian puppetry research, preservation, education, and promotion.

Representatives from the Union Internationale de la Marionnette (UNIMA), Atlanta-based Center for Puppetry Arts, and Bangkok's Queen Sirikit Museum of Textiles have all visited the Taipei museum, which is currently under the leadership of Dutch scholar and puppet enthusiast Robin Ruizendaal (羅斌).

From string and rod to hand and shadow puppets, the majority of the relics have been passed down for centuries as an expression of the richness of Asia's performing arts. Visit Iziko in Cape Town for a glimpse of puppet theater as a veritable living encyclopedia of Asian life and culture.

‘The Magic of Asian Theatre Puppets'