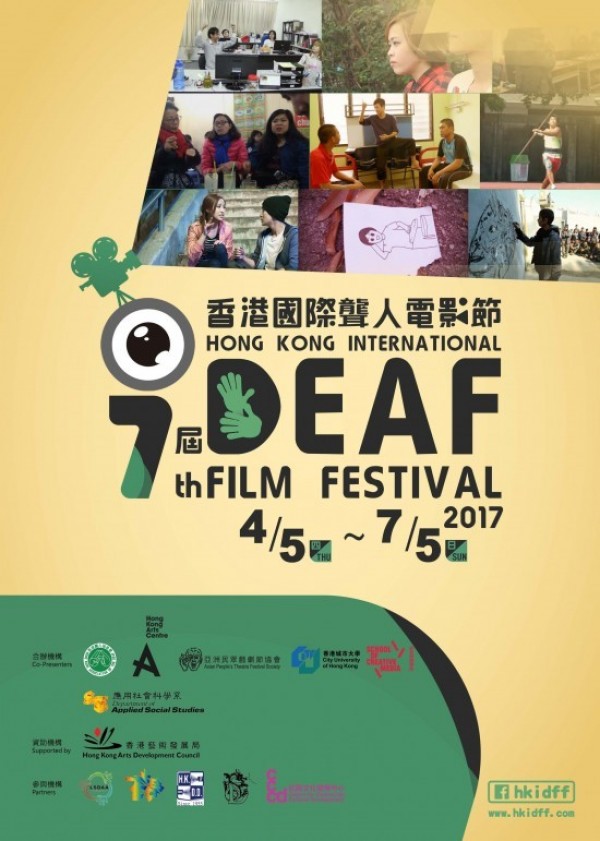 The Taiwan-based Chinese National Association of the Deaf will bring two sign-language films to the 7th Hong Kong International Deaf Film Festival running from May 4 through 7 this year.

The festival this year will showcase Hong Kong-made films and co-productions, as well as those from across Asia, the United Kingdom, and Iran that feature deaf protagonists and the culture of deaf communities.

Directed by Su Ya-hui (蘇雅慧), "Don't Look Back (別回頭)” is a feature exploring the habit of "patting someone on the shoulder,” which is a common gesture for deaf people to communicate, but considered taboo behavior during Taiwan's Ghost Month.

"Documentary of Deaflympics: A Javelin (聽奧選手紀錄片─發標時刻)” by Kuan Yu-hsin (關育新) will present how a deaf athlete overcomes difficulties in life to pursue his dream.

A seminar titled "Indian and Bollywood Deaf Film” will also be held on May 7, with two Indian film professionals in attendance to share the current development in India's film sector and deaf society.

Established in 1993, the Chinese National Association of the Deaf has been assisting deaf communities engage with society and promoting the welfare of the deaf.

The association held the Taipei International Deaf Fair during the 2009 Deaflympics in Taiwan, highlighting the diverse talents of Taiwan's deaf people and breaking down communication barriers for the deaf to share their lives with the public.

By joining the international deaf film festival in Hong Kong this time, it will help connect Taiwan with international community, raise awareness and understanding of deaf culture, and encourage more people to participate in the production of deaf films.