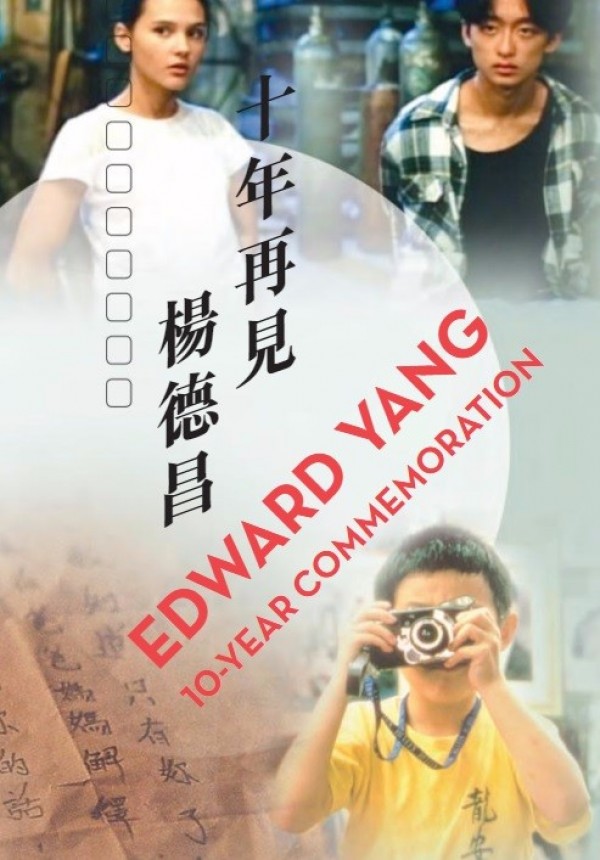 The Hong Kong International Film Festival is holding a special retrospective program on the late auteur Edward Yang (楊德昌) to commemorate the tenth anniversary of his passing.

World cinema lost a true visionary when Yang passed away on June 29, 2007. However, the sparse seven-feature collection he produced over three decades is an undeniable oeuvre of stunning beauty, power, and originality that not only defined the Taiwanese New Wave Cinema, but helped shape modern Taiwan as well.

Typically non-linear in narrative, his films are more concerned with the character's journey and the tension between modern and traditional values:

1983 - "That Day, on the Beach (海灘的一天)” is Yang's debut feature on the reunion of two female friends after divergent paths led to a 13-year separation.

1985 - "Taipei Story (青梅竹馬)” uses the slow dissolution of a romantic relationship to parallel the past and future development of Taipei City.

1986 - "The Terrorizers (恐怖份子)” is a complex, chilling crime story set amid cold-blooded ambition, a mysterious gunshot, and three sets of characters.

1991 - "A Brighter Summer Day (牯嶺街少年殺人事件)” bemoans the lack of warmth in people's hearts as mounting oppression in Taiwanese society results in murderous consequences.

1994 - "A Confucian Confusion (獨立時代)” is a biting black comedy portraying Yang's vision of a city in moral crisis despite its opulent appearance.

1996 - "Mahjong (麻將)” - a tale of hoodlums and gambling debts, in which Yang defies gangster movie conventions with his unique plot twists.

2000 - "Yi Yi (一一),” his seminal film, opens with a wedding and ends on a funeral as Yang uses the narratives of a three-generational family to illustrate Taipei in the 21st century.

Taiwanese screenwriter Hsiao Yeh (小野) will host a post-screening forum after "A Brighter Summer Day” on April 16 while Kaili Peng, Yang's second wife, will speak after the screening of "Yi Yi” on April 13.