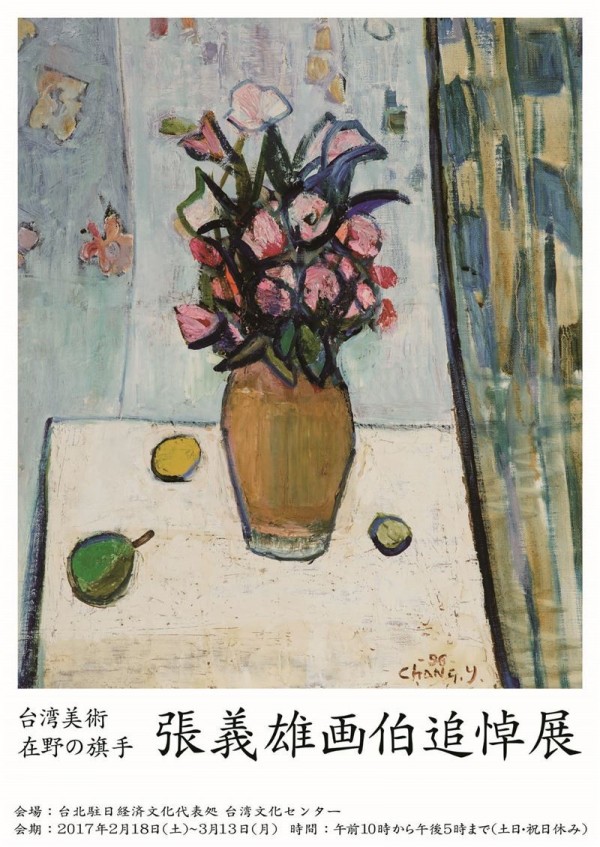 To commemorate the late painter Chang Yi-shiung (張義雄), the Taiwan Cultural Center in Tokyo will host two exhibitions featuring works by Chang and five young artists from Taiwan and Japan from Feb. 18 through March 13.

Curated by Japanese scholar Mori Mineko (森美根子), the first memorial exhibition will offer glimpses of Chang's life through a total of 45 artworks, including 33 oil paintings and 12 watercolor paintings and sketches by Chang during his travels in Taiwan, Japan, and France.

Born in 1914 in the southern city of Chiayi, Chang was one of the first-generation painters in post-war Taiwan. Chang showed talent in art at an early age and studied under fellow Chiayi oil painter Chen Cheng-po (陳澄波) when he was young.

Chang had spent a good portion of his life residing in Taiwan, France, and Japan. He went to Paris in 1974 and was selected by the Paris Salon art exhibition twice, becoming the first Taiwanese artist to receive French annuities.

Chang's styles reflected different stages of his life, of which the "dark lines” period showed his gloominess in Taiwan during the 1950s. In contrast, the "bright colors” period reflected his lively life in Paris. In 2016, Chang died at the age of 102 in Japan.

The second exhibition, titled "Made in Koganecho Vol.2,” will feature works by contemporary artists Ting Chaong-wen (丁昶文), Chen Ting-chun (陳亭君), Tao Wei (陶韡), Inoue Ayako (井上絢子), and Kimiko Yamamoto (山本貴美子). The special exhibition will be on view on Feb. 18 and 19.

An opening ceremony was held on Feb. 18 at the Taiwan Cultural Center in Tokyo. Center Director Chu Wen-qing (朱文清) noted that Chang was representative of Taiwan's senior artists who experienced war and political oppression, whereas young artists today are allowed to express their opinions freely through art.

By showcasing paintings by Chang alongside those by young artists from Taiwan and Japan, the exhibitions will connect the past and present of Taiwan through art and the exchange of cultures. 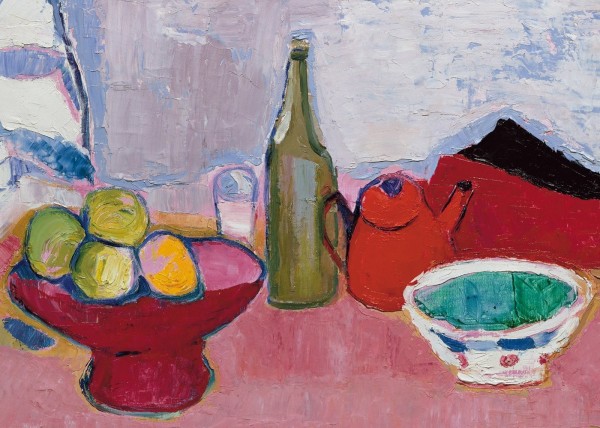