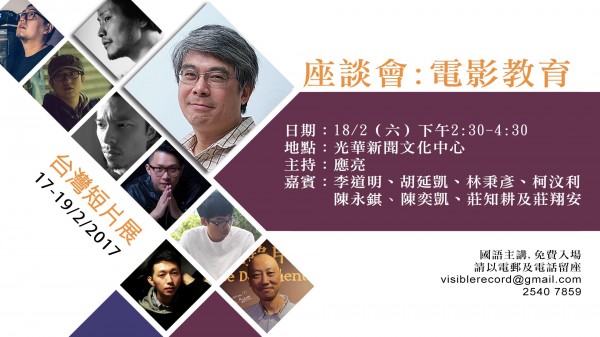 A Taiwanese short films series will be launched in Hong Kong to introduce films by Taiwan's young filmmakers to Hong Kong audiences from Feb. 17 through 19.

Co-organized by Visible Records and the Kwang Hwa Information and Culture Centre, the Taiwan Short Film Screenings will showcase nine films of different styles with both Chinese and English subtitles.

"The Great Escape from Café City (小清新大爆炸)” by John Hsu (徐漢強) tells how Ah Chan, a young man who embraces a hipster lifestyle, realizes one day that the life he leads is not realistic but a product placement film. He thus decides to break free from the mode. The film provokes laughter and overturns the hipster theme.

"Yu and Rachel (他好嗎？)” by Wu Zi-en (吳季恩) unveils the story through a pair of female friends chatting together at a football court. Each of them has different things in mind to talk about. As they walk on, their conversation is interrupted by the boyfriend who makes an opportune appearance. The film presents concise dialogue between actresses who deliver an excellent performance.

"Stairway (四十三階)” by Wu Chung-tien (吳中天) tells the story of how an elderly grandmother determinedly trains herself for a year in order to climb up the stairs to visit her beloved late husband's tomb after being forbidden to walk uphill by her grandchildren for health reasons. The heart-warming story shows the skillful techniques of the director.

"The Free Man (自由人),” a Oscar-nominated film by Taiwan-based Malaysian filmmaker Sam Quah Boon-Lip (柯汶利), tells how a former inmate discovers his boss's brutal deeds to his niece, and his attempts at keeping silent about the injustice.

Other films including "Into The Mountain (登山),” "Sun Air Water (陽光空氣水),” "Jump Off or Live On (跳下去，活下來),” "Home Drifting Home (遊子),” and "Fine (罰單)” will showcase various techniques such as beautiful cinematography and unique directorial styles.

The first forum will feature four participating directors who will share their experiences ranging from receiving film education to engaging in filmmaking for audiences to learn about the development of Taiwan cinema in recent years.

Featuring film education, the second forum will be joined by professor Lee Daw-ming (李道明) of the Taipei National University of the Arts, award-winning curator Hu Yen-kai (胡延凱), and the six featured directors who will share their bittersweet experiences of teaching and learning to make films. They will also analyze the characteristics of film education and their relations with the film industry in Taiwan. 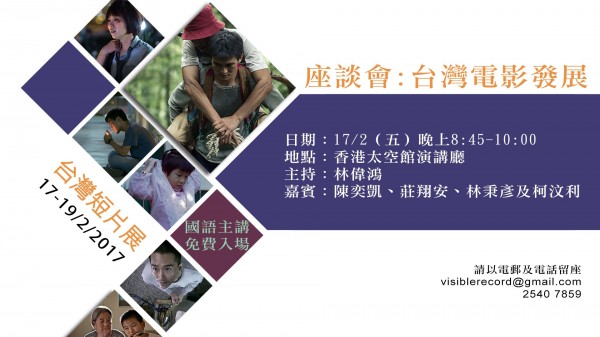