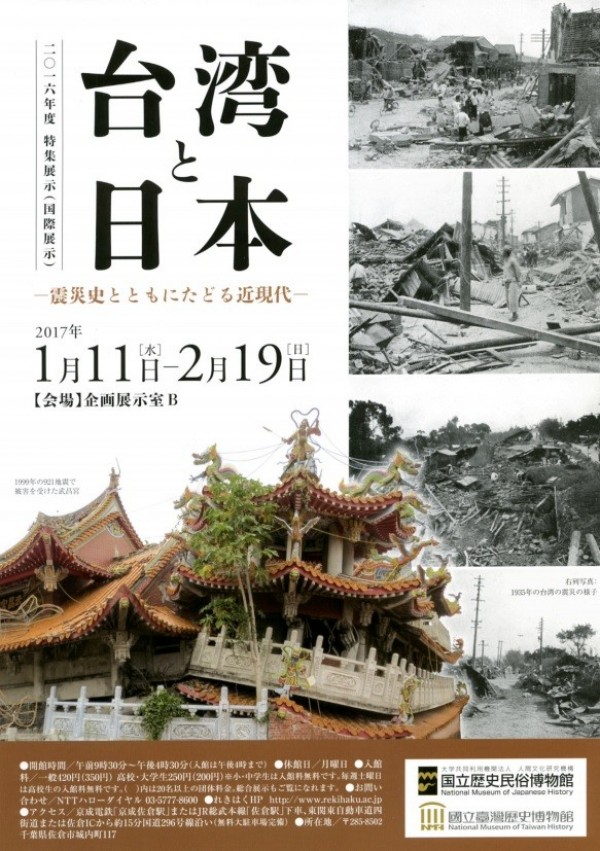 The first part of the exhibition will be held in Japan from Jan. 11 through Feb. 19, presenting earthquakes in Taiwan from the period of Japanese rule to the 21st century.

The Taiwan island and the Japanese archipelago are both located on the Ring of Fire, which is named for its frequent earthquakes and volcanic eruptions. Earthquakes have long been a challenging issue for Taiwan and Japan to face and tackle in terms of their economic, political and cultural impact.

The exhibition will offer a series of cultural relics and documents related to earthquakes collected by the National Museum of Taiwan History, the National Taiwan University, and private collectors for Japanese audiences to understand Taiwan's earthquake history.

A special section will be devoted to the aftermath of the 1996Jiji earthquake to highlight how Taiwan tackled the 7.6-magnitude earthquake, and how public participation, ethnic diversity, cultural assets, and collective memories came to be respected and discussed during the recovery process.

The collaborative exhibition has also combined the research on seismology and history conducted by both museums, creating a new research topic for museums and bringing more possibilities for future cultural exchanges between Taiwan and Japan.