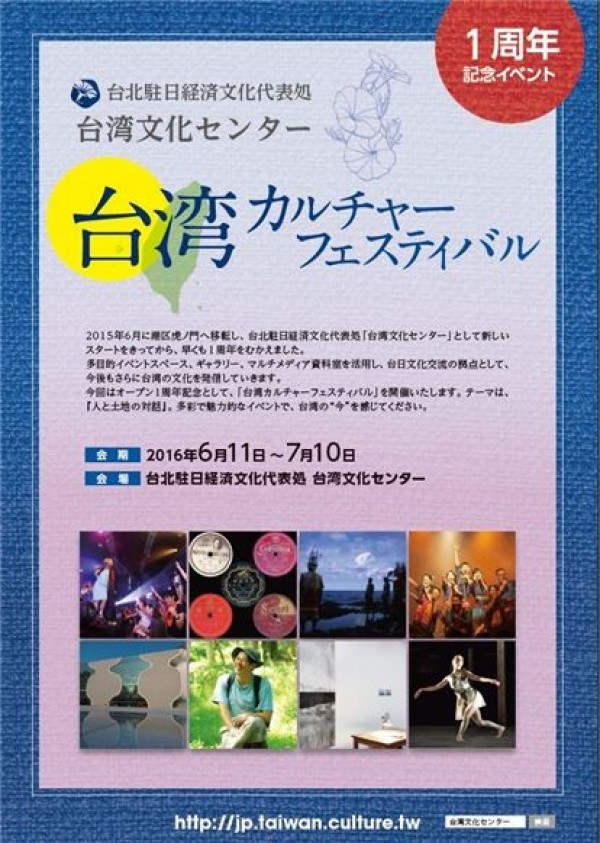 The Taiwan Cultural Center in Tokyo will host a month-long series of cultural events to celebrate its one-year anniversary of relocating to the Toranomon district.

The Center was first inaugurated as the Taipei Cultural Center in 2010 and operated through the Taipei Economic and Cultural Representative Office in Tokyo. After relocating to a new site by Toranomon Hills, the Center functions as a direct liaison between the Ministry of Culture and Japan's cultural authorities.

A collection of shellac records, which predates vinyl by half a century, will also be played on a wind-up record player to share the music of 1930s Taiwan. A corresponding introduction to early Taiwanese ballads will be made by none other than Jutoupi (朱頭皮), rapper-singer member of the New Taiwanese Nativist Music movement (新台語歌運動) in the 1990s.

The month-long festival will also include a special screening of "Wawa no Cidal (太陽的孩子),” a searching and moving drama following the struggle of an indigenous Amis community in Taiwan in response to the urban development of their land and the gentrification of their traditions.

Find out more about the 2016 Taiwan Culture Festival in Tokyo at jp.taiwan.culture.tw. 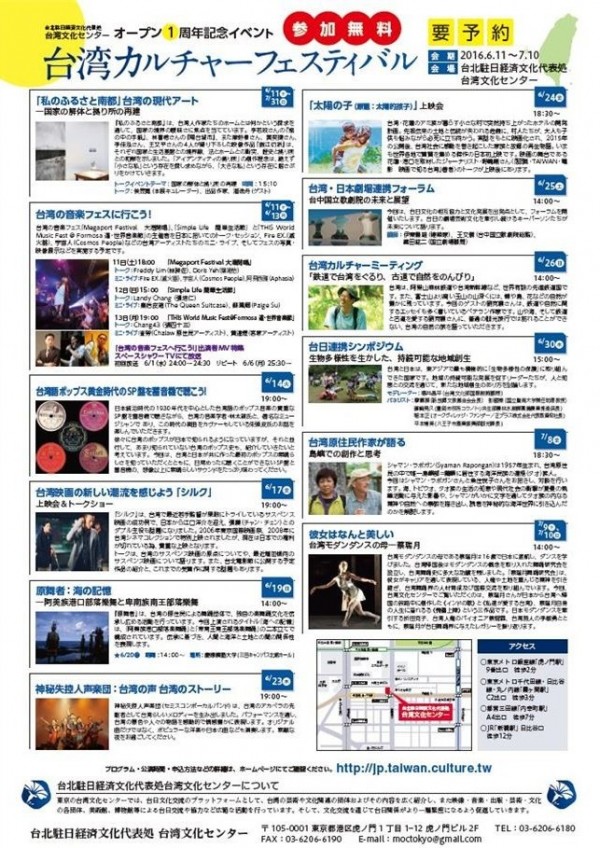