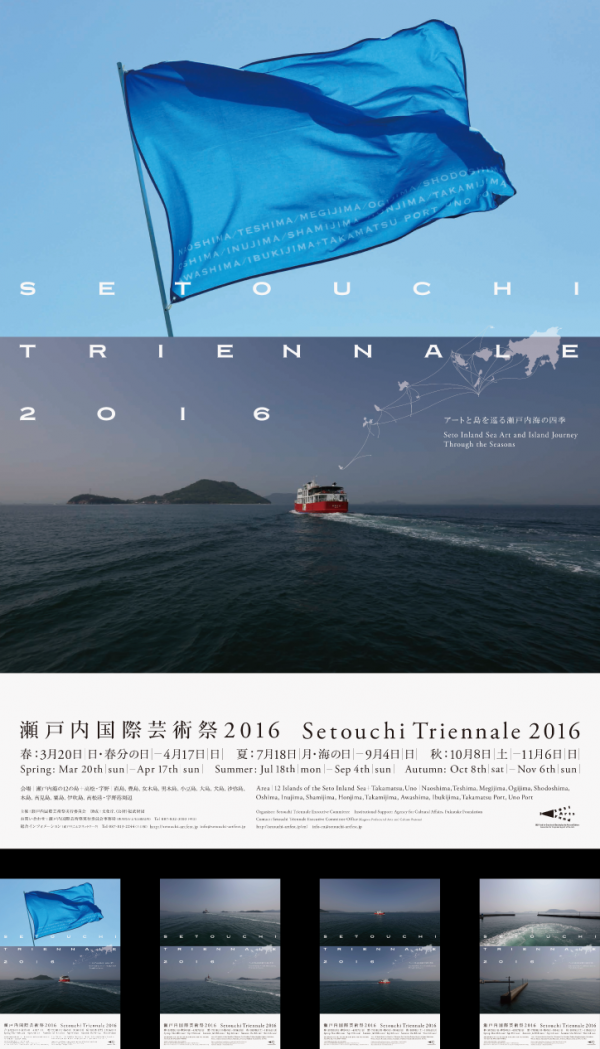 Taiwanese artist Lin Shuen-long (林舜龍) will make his third appearance at the Setouchi Triennale 2016 in Japan, in which his eco-artwork "Ship of Seed (種子船)” will be permanently installed at the main festival venue.

Supported by the Ministry of Culture's Rainbow Initiativeprogram for cross-cultural collaboration, "Ship of Seed” will depart from Taiwan on March 20 and make its way to Port of Takamatsu, the entry to dozen of islands within Japan's Seto Inland Sea.

"Ship of Seed” is part of Lin's "Beyond the Border — The Ocean (跨越國境．海)” installation series completed in 2013. Taking inspiration from the seed of a coastal plant known as Barringtonia asiatica, the seed-shaped ship is made with driftwood to raise eco-awareness. Previously, the ship had visited Japan's Teshima Island and Taiwan's Dongshan River Water Park.

The ship has since been renovated with wood from Taiwan's deciduous trees and decorated with a bronze child statue, a gong, a golden frog, and a bull to represent Taiwan's forests and cultures. Lin hopes that Taiwanese culture will be deep-rooted like the seed of coastal plants, for he believes that "the world is a family, and art connects people together.”

Setouchi Treinnale is an international art festival that revitalizes the dwindling population of the Seto Inland Sea islands through art and cultural events. This year, under the theme "restoration of the sea,” the festival hopes to inspire regions with similar demographic issues around the world.

During the summer and autumn sessions of the triennale, Taiwanese choreographer Wu Chien-wei (吳建緯), aboriginal singer Inka Mbing (雲力思), and poet Xu Hui-zhi (許悔之) will present the contemporary dance, traditional melodies, and poetry of Taiwan. Taiwanese food, such as Du Hsiao Yuen Danzai Noodles (度小月担仔麵), will also be offered to show the diverse culture of Taiwan.

Additional installation art by Lin, "Beyond the Border — Tide (跨越國境．潮),” will also be installed as temporary public art at Shodoshima Island, the second largest island of the Seto Inland Sea. Consisting of 196 child figures made of sand, sticky rice, and brown sugar, the installation represents the pressure and values imposed on children nowadays.

In other related news, fellow Taiwanese artist Wang Wen-chih (王文志) will be joining Lin at the Seto Inland Sea islands with a large-scale installation art titled "Dream of Olive (橄欖之夢),” in which visitors can walk in and explore the beauty of bamboo admired by both Taiwan and Japan.

More information on the installation artist Lin Shuen-long can be found at the Cultural Features section.