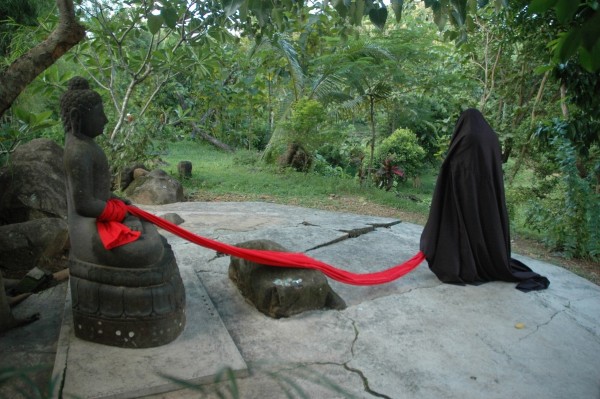 Taiwanese performance artist Yeh Tzu-chi (葉子啟) will be joining an annual performance art event this November in the Indonesian city of Solo. The international affair will start from Nov. 11 through 15.

Undisclosed Territory was launched by Melati Suryodarmo in 2007. Suryodarmo is an Indonesian visual artist who brings cultural, social, and political aspects into her performances. Specializing in articulating her notions through physical movement, Suryodarmo has made her presence known in various international festivals and exhibitions since 1996.

Based in Suryodarmo's hometown, Undisclosed Territory will offer a platform for international artists to present and share their artworks. It aims to break the boundaries between performance and visual arts, and presents works of different styles and culture context. Since 2007, it has brought together emerging artists and professionals from all over the world to participate.

Yeh made her first appearance in Undisclosed Territory in 2010, and this time she will join with roughly 25 artists to present her work. Having devoted more than a decade to performance arts, Yeh often explores and expresses the idea of female identity and humanity through body movement, and her works highlight the interaction between performers.

The 5-day affair will also offer workshops, speeches, forums, and a video showing of performances.