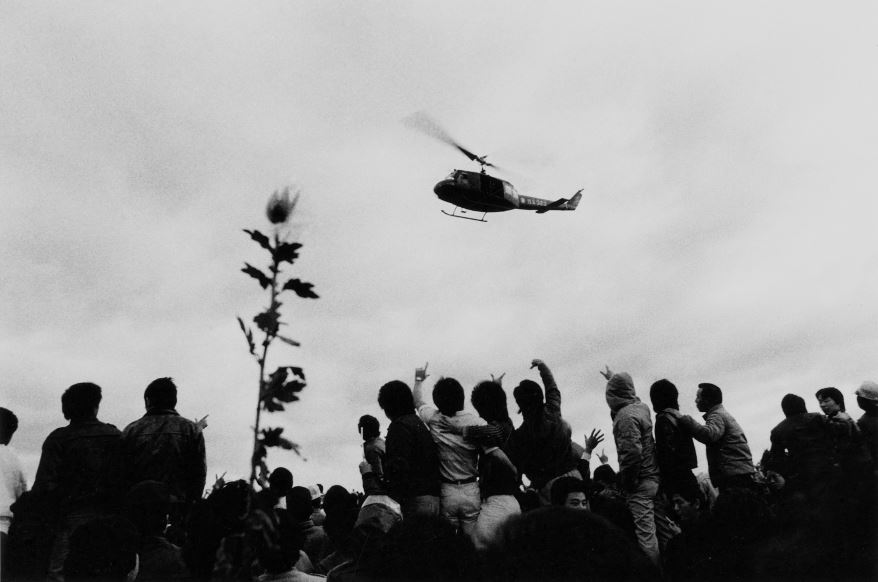 Veteran Taiwanese photographer Sung Lung-chuan (宋隆泉) will hold a solo photo exhibition titled "Infatuation, Taiwan (愛‧戀‧臺灣攝影展)" at the Taiwan Cultural Center in Tokyo from Aug. 4 through Sept. 25, with another follow-up exhibition in Kanazawa, the capital of Japan's Ishikawa Prefecture, in October.

Born in Yilan County's Su'ao Township in 1957, Sung has enthusiastically engaged in photography for nearly 38 years. In fact, he has been fond of photography since childhood. With the help of his mother's pin money, he bought his first camera, with which he began a trip around Taiwan on foot for over 40 days.

He once worked as an editor and a photographer for independent media such as "Kebalan (噶瑪蘭)," "New Trend (新潮流)," and "The Freedom Era Weekly (自由時代)" during the late 1980s. Since then, he has dedicated himself to documenting the history of social movements in Taiwan.

"Infatuation, Taiwan" will feature his photographical portfolios that captured historical images on the progress of Taiwan's democracy, freedom, liberty, and modern arts during the 1980s. Sung rejoices that these photos taken during the past 30 years will bring into light a long-forgotten period of Taiwanese history.

The exhibition's two major themes will be elaborated in evocative photos: "Democratic Movements (民主行動)" will showcase Taiwan's process of liberalization from authoritarianism to democracy; and "The Voice of the Taiwan (大地之歌)" will delineate Taiwan's cultures, humanities, and landscapes.

The opening reception will be held on Aug. 4, with Taiwan's ambassador to Japan Frank Hsieh (謝長廷) and Taiwanese artist Wang Wen-chih (王文志) in attendance to pay homage to Taiwan's social movements.

Hsieh noted that Taiwan is highly praised worldwide for its democracy and he hopes that these photos will introduce Taiwan's rich history to exhibitiongoers.