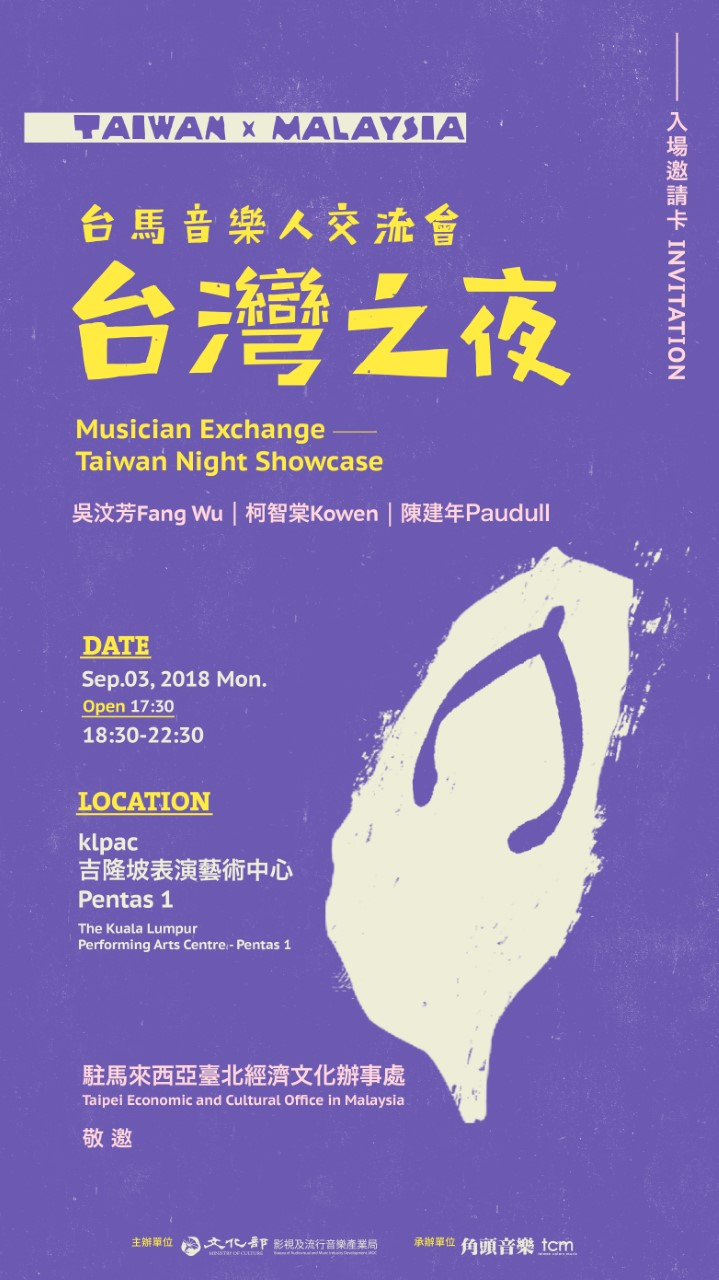 Ko is a 28-year-old singer whose age belies his charismatic, throaty voice. Touted as the "Damien Rice of Taiwan," Ko sings in both Mandarin Chinese and English. He is best known for lending his hoarse vocals to two Kingston advertisements ― "A Memory to Remember" and "When Red Balloons Fly" ― and is cousin to indie singer Waa Wei (魏如萱).

Hailing from the indigenous Puyuma tribe of the eastern coast, Paudull's music evokes memories of the sea with clever deployment of nature recordings and bard-like guitar. Also known by his Mandarin name Chen Jien-nien, the 51-year-old singer often works with films showcasing indigenous cultures to bring the mother tongue of different Taiwanese tribes to the world stage.

Wu is a 28-year-old singer characterized by clear, sweet vocals and self-penned lyrics. She first appeared in the public eye by participating in talent shows such as "Super Idol" and "Duets China," in which she won fifth and sixth place, respectively.

The Sept. 3 Taiwan Night Showcase is part of a Bureau of Audiovisual and Music Industry Development initiative to improve ties with Southeast Asia's music industry. The showcase will be accompanied by business matchmaking and networking events to deepen cultural and economic cooperation between Taiwan and Malaysia.

Another showcase is slated for this November to introduce three Taiwanese bands ― MATZKA, Quarterback (四分衛), and The White Eyes (白目樂) ― to Malaysian concertgoers.