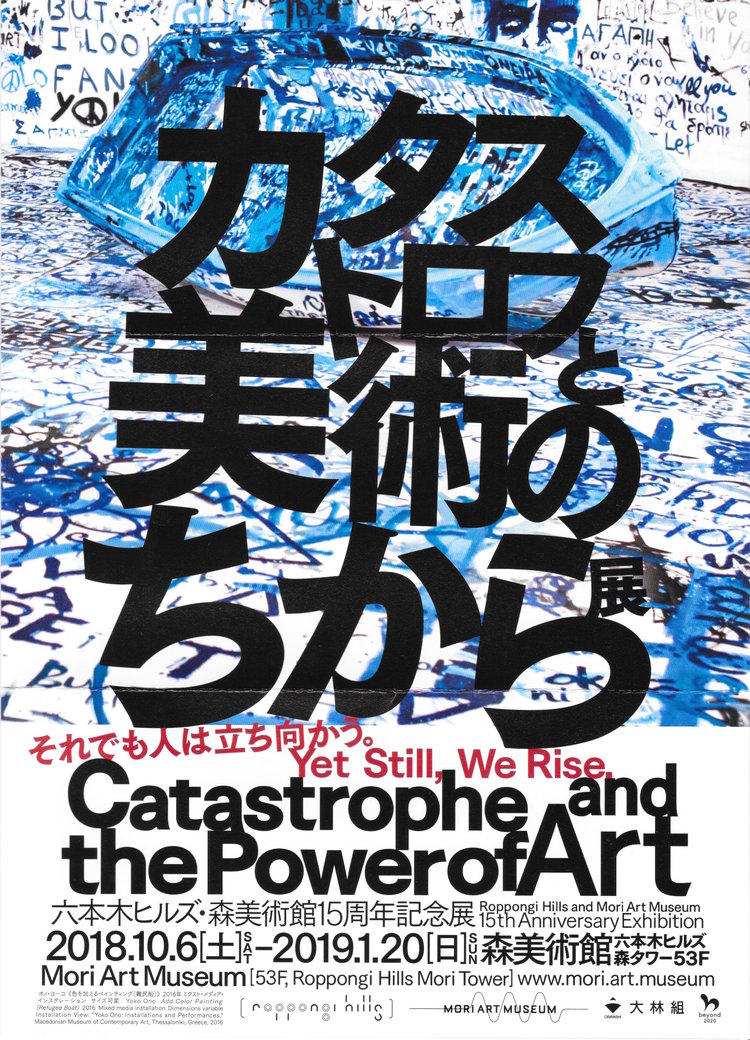 The world-renowned Mori Art Museum has invited Taiwan artists Huang Hai-hsin (黃海欣) and Hsu Chia-wei (許家維) to join its disaster-themed program "Catastrophe and the Power of Art," which will run from Oct. 6, 2018 through Jan. 20, 2019 in Tokyo.

Recent decades have seen a stream of catastrophes around the world, prompting many artists to produce works dealing with these tragic events and ensure such stories are passed down to future generations. Unlike the emphasis on objectivity in media coverage, such personal documentation presents another kind of truth — designed to expose contradictions, raise awareness, or express personal loss and grief.

While catastrophe and crisis can lead to despair, that energy can also spark imagination and boost creative output. A large cohort of artists from Japan and elsewhere is now working to better society by offering hope, strengthening ideals, and exploring themes of reconstruction and rebirth.

Huang, 34, is best known for her brutal black humor and self-deriding sarcasm. Her five works for the Tokyo exhibit include oil paintings "Happy Holiday: Thanksgiving" and "Happy Holiday: Silent Night 2," which both depict family gatherings that reveal the ridiculousness, absurdity, and loneliness of contemporary society.

Hsu, 35, employs visually stunning videos and installations to depict stories not found in official Asian histories. The Tokyo screenings of his five works, which were crafted with meticulous research, will illuminate the histories of individuals tossed on the turbulent political and social tides of Taiwan and Japan.

Huang and Hsu's works will be shown alongside the likes of those by Ai Weiwei, Chim ↑ Pom, Yoko Ono, and Muhammad "Ucup" Yusuf.

Chu Wen-ching (朱文清), director of the Taiwan Cultural Center in Tokyo, thanked the Mori Art Museum for being a steadfast partner of the Ministry of Culture and that he looks forward to the annual collaboration of Roppongi Art Night.

‘Catastrophe and the Power of Art’