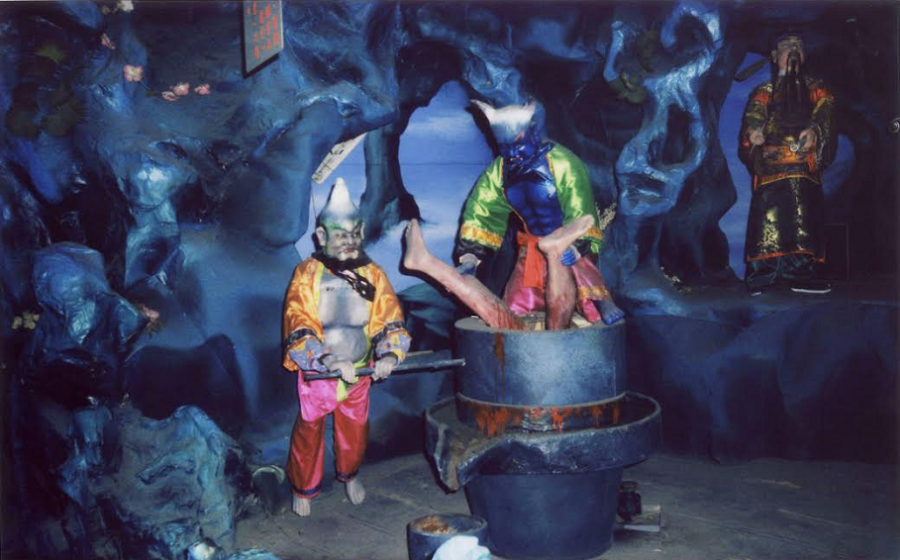 The two featured artists are Yao Jui-chung (姚瑞中) and Su Hui-yu (蘇匯宇). Through meaningful dialogue between the two Taipei-born artists who attempt to transcend socio-historical confines, "Elysium" hopes to pinpoint the Leviathan behind the massive religious world — human desire.

By seeking salvation in gods, the people of Taiwan cast the "karma" produced by their desires upon the deities themselves. As religions metamorphose into the carriers of human desires, these deities "leverage" the power of karma and continue to be reincarnated as multifarious colossal statues across the island, perpetuating a cycle that keeps summoning the phantoms of history to be used as a driving force behind the emergence of new deities.

Begun in 2016 and shot intensively over a year and a half, Yao's photographic and moving-image project "Incarnation" covers more than 230 temples, cemeteries, public gardens, and amusement parks around Taiwan. Many feature statues of deities created by ethnic Chinese communities in reference to their self-image.

By virtue of their discerning eyes, this exhibition shall penetrate through the abyssal depth of human desires to uncover the ultimate truth. An experimental music concert featuring Taiwanese singer Pon and the Network Afterlife Existence Storage Corporation (NAXS Corp.) is also scheduled for June 27.

"Elysium" is made possible by the collaboration of Casino Luxemburg, VT Artsalon, and the Taiwan Cultural Center in Paris.