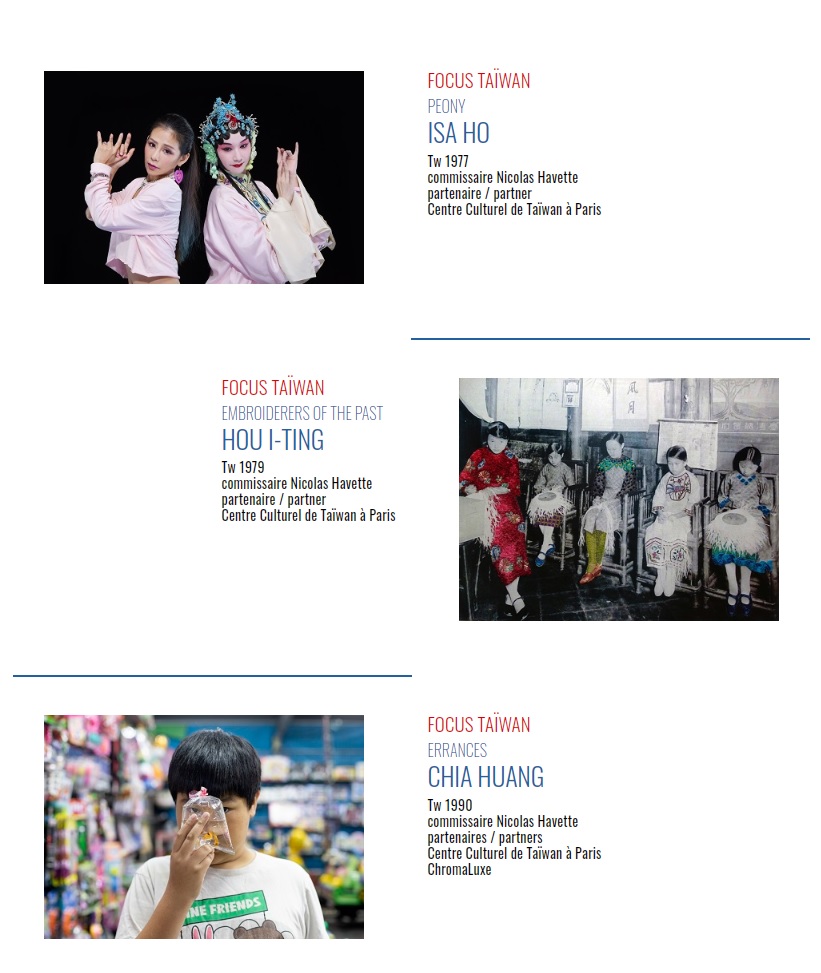 Named after Marvin Gaye's sublime message of universal love, "Hey! What’s Going On?" rings out like a call to consciousness, to dignity and to peace, countering world disorganization brought upon by populism and sectarianism while bringing the spotlight to minority groups and communities forgotten by big media.

Raised conservatively in the image of women as portrayed by traditional Chinese opera, Ho now sees young women unleashing themselves in the global K-pop phenomenon. Her video work "Peony" raises the question of the artist's identity of the body by applying traditional Kun opera choreography to the song "HATE" by Korean girl group 4-Minute.

Hou revisits Taiwan's gender gap history at schools and clothing factories under Japanese rule. Through the "Embroiderers of the Past" exhibition, she combines archival photography and needlework to bring together two sides of the story — education and industry — that gave rise to the Taiwanese economic miracle.

Huang seeks what lies beyond the imposed laws and social frames by photographing the "wandering" individuals who reside on the fringes of society and yet possess extraordinary creativity. Merging documentary photography with amateur sketches, "Errances" offers a glimpse of the poetic nature and powerful energy within these unnoticed folks.

Curated by Nicolas Havette, the "Focus Taiwan" segment of the "Hey! What’s Going On?" will be on view from July 1 through Sept. 22 at Arles to explore gender theory and equality from the perspective of three Taiwanese women artists.