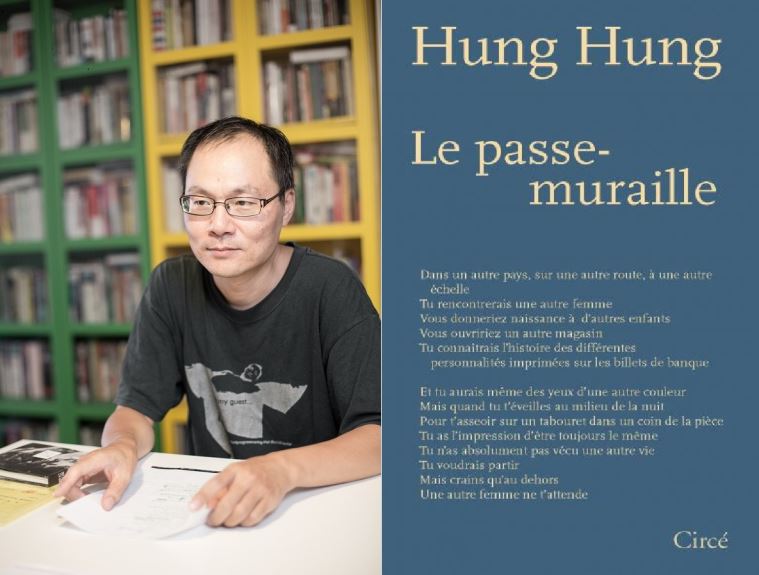 Taiwanese poet Hung Hung (鴻鴻) will serve as on the jury panel of the 2019 Bernard Heidsieck-Centre Pompidou Literary Award, which was established in 2017 by Centre Pompidou to honor alternative ways of creating and circulating literature other than books.

The literary award is held as part of the Extra! Festival organized by Centre Pompidou to bring literature out of books and onto the stage, streets, museums, and other public platforms. Hung Hung will be in attendance from Sept. 11 to 15 as director of the Taipei Poetry Festival.

The 55-year-old will also hold a book meet on Sept. 6 at the Parisian bookstore Librairie Le Phénix to discuss the translated French edition of his poetry anthology "Le Passe-muraille (穿牆人)" — the title of which means "the wall-passer" or "the one who walks through walls."

Hung Hung is the pen name of Yen Hung-ya (閻鴻亞), a well-known talent in literature, performing arts, and cinema. Born in 1964 in Taiwan, he is a theater graduate of the National Institute of the Arts, and an award-winning poet and author of five volumes of poetry, short fiction, intimate essays, and theatre criticism.

He served residency at Cite Internationale Des Arts in Paris from 1996 and 1997, and went on to direct more than a dozen plays, two operas, and three movies. He also co-wrote the script for films including "A Brighter Summer Day (牯嶺街少年殺人事件)" and "A Confucian Confusion (獨立時代)" by the late auteur Edward Yang (楊德昌).

More information on the respected multidisciplinary figure is available here.