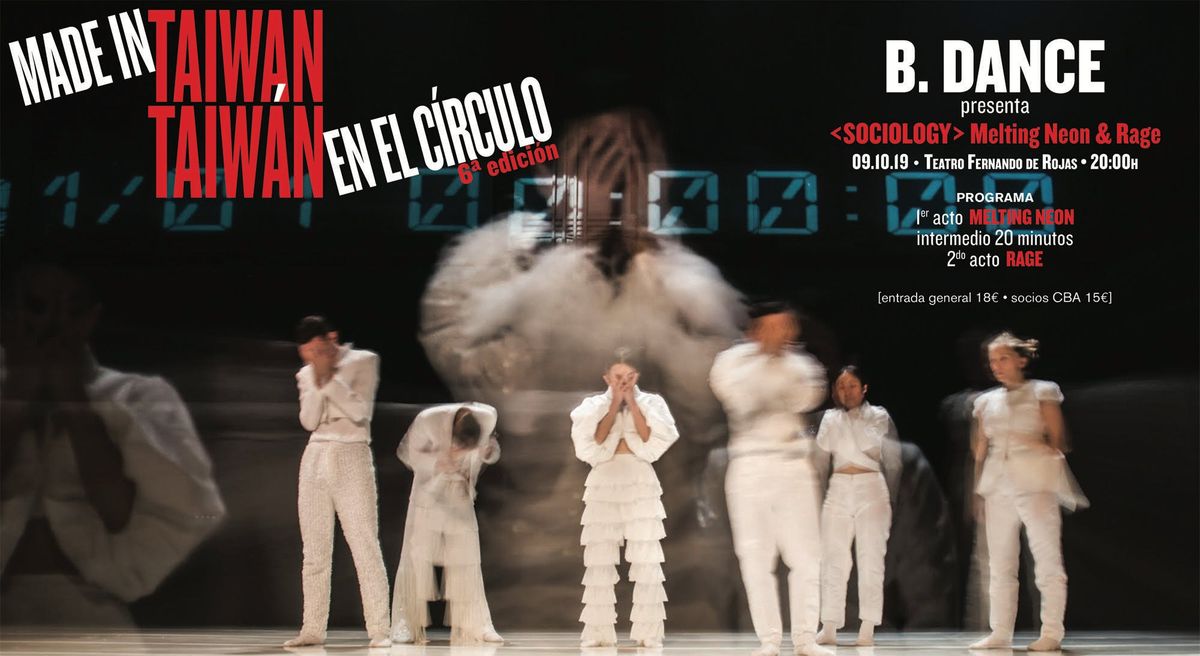 The sixth edition of the "Made in Taiwan" showcase at the Madrid-based Círculo de Bellas Artes will return on Oct. 9 with spectacular dance and jazz performances.

First up on Oct. 9 is the performance "Sociology: Melting Neon & Rage" by B.DANCE (丞舞製作), one of the four troupes that represented the nation at the 72nd Edinburgh Fringe two months ago. The composite team with cross-industry links was founded by award-winning choreographer Benson Tsai (蔡博丞) to introduce new ideas and techniques to Taiwan's dance scene.

"Sociology: Melting Neon & Rage" is inspired by the 2007 novel "Akunin" written by Japanese novelist Shūichi Yoshida and adapted for the silver screen in 2010 by Korean director Lee Sang-il. The book's themes of social divide, disintegration of family ties, and the loneliness of modern urban life will be woven together by eight dancers in an extravagant production fusing individual and collective lives into one.

Next up on Nov. 15 is a jazz concert by S'yo Fang Group as part of the annual Jazz Circulo music festival in Madrid. Troupe founder and Kaohsiung native S'yo Fang (方斯由), who also plays the role of pianist and composer, has risen to a unique place among the artists of his generation through his combination of classical music and jazz.

"Made in Taiwan: Taiwan en el Círculo" is an annual Taiwan-themed festival co-organized by the renowned Spanish cultural center Circulo de Bellas Artes and the Cultural Division of the Taipei Economic and Cultural Office in Spain. The objective of the sixth edition remains to promote the culture and people of Taiwan, a country not widely known in Spain, through contemporary arts.