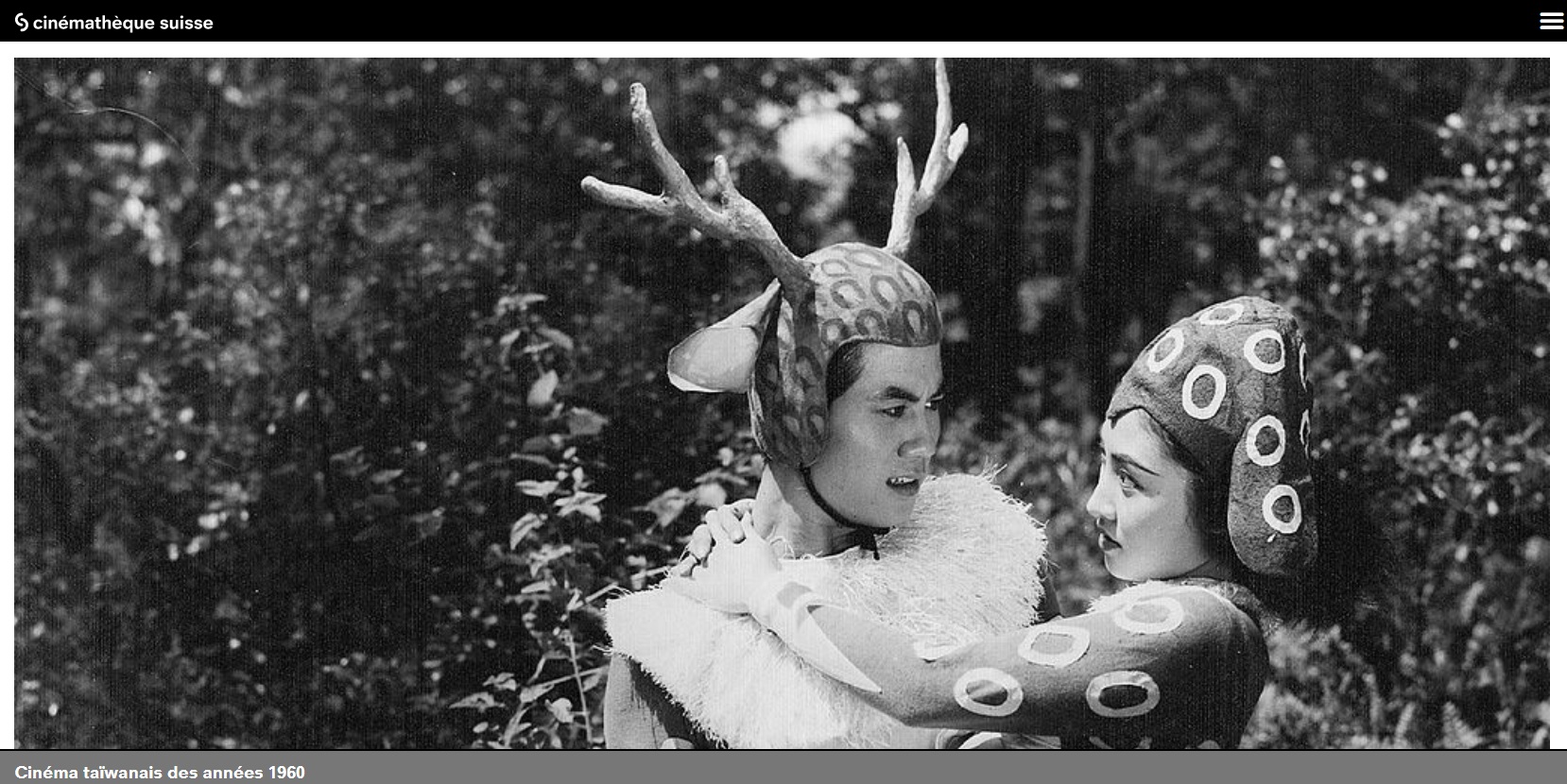 A Taiwan-themed film festival jointly organized by the Swiss Film Archive (Cinémathèque Suisse) and the Taiwan Cultural Center in Paris will be held in Lausanne from Nov. 4 through 30 with the title "Taiwan Cinema from the 1960s (Cinéma taïwanais des années 1960)."

The film festival will be showcasing nine representative and independent films from 1960s Taiwan, outlining how filmmakers countered the scrutiny of government-regulated censorship with rebellious characters, absurdist film aesthetics, and innovative narrative styles. Additionally, the movement represented defiance against existing cultural and societal frameworks and desire for overturning such restrictions in pursuit of creative freedom.

Differing from the strong, educational, and propagandistic government-sanctioned films of the 1950s, the independent films of the ’60s were directly created for Taiwanese-language audiences (as opposed to Mandarin Chinese), and they used comical imagination and progressive narrative styles to escape censorship and circumvent boundaries, festival curator and renowned film scholar Wafa Ghermani (倪娃法) explained.

For instance, "The Fantasy of the Deer Warriors (大俠梅花鹿)" is a Taiwanese-language fairytale story that employs actors in animal costumes to create a unconventional and comical narrative style. Similarly, in "Foolish Bride, Naïve Bridegroom (三八新娘憨子婿)," the directors intentionally subvert traditional gender restraints by creating the resourceful role of female heroes.

"The Mountain (上山)," on the other hand, was filmed with realistic documentary techniques to convey how Taiwanese youths kept their thoughts of freedom hidden during the period of martial law. Acclaimed late director Pan Lei's (潘壘) "Typhoon (颱風)" will be kicking off the film festival on Nov. 4 in Lausanne, and the nine chosen films are:

Detailed information is available at https://live.cinematheque.ch/editorial/1615-cinema-taiwanais-des-annees-1960.