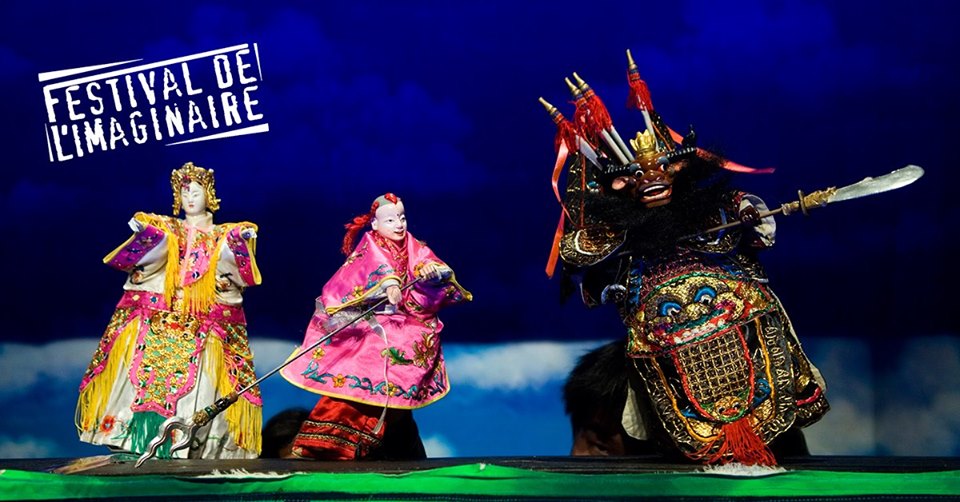 Renowned Taiwanese puppeteer Liao Wen-ho (廖文和), who uses large-sized glove puppets that are half of their wielder's height, will embark on his fourth performance tour of France from Nov. 23 through 29 as part of the 23rd Festival de l'Imaginaire.

Liao, who began to host hand-puppetry shows at the age of 8, was mentored by none other than Wu Zhou Yuan's Huang Hai-dai (黃海岱), founder of the largest puppetry school in Taiwan. After establishing the eponymous Liao Wen Ho Puppet Show Troupe in the late 1970s, he began to experiment with large-sized glove puppets to transfer intimate Taiwanese puppetry shows onto grander stages. Cloaked in shimmering costumes, his are modern incarnations of historical and fantastical characters.

From magic spells to sword duels, this form of visual spectacle combines the captivating art of storytelling with sublime puppetry skills. The use of technical and pyrotechnical processes also mark a clear departure from 18th-century traditions. Moreover, his sheer dexterity and ability to voice over 20 characters have cemented the Yunlin native as one of the nation’s top master puppeteers.

Working alongside a company of ten artists, Liao will perform two episodes from his repertoire — "Fire Mountain (西遊記之紅孩兒)" and "Da Yong-hsia and the Island of No-killing (大勇俠)." The former is taken from the sixteenth-century novel "Journey to the West (西遊記)" featuring the monkey king Sun Wukong (孫悟空), while the latter places our chivalrous hero in a land where fighting incurs celestial wrath.

Liao's participation in the 23rd Festival de l'Imaginaire is made possible by event organizer Maison des Cultures du Monde and the Ministry of Culture's Taiwan Cultural Center in Paris.