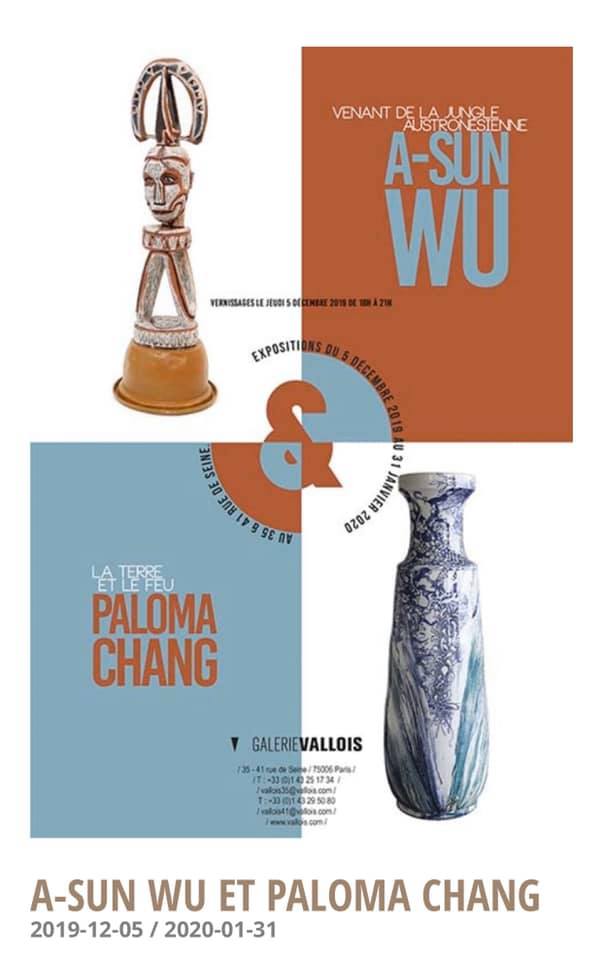 Married artists A-Sun Wu (吳炫三) and Paloma Chang (池上鳳珠) will be holding a two-part exhibition — themed "Venant de la jungle austronésienne (From the Astronesian Jungle)" for Wu and "La terre et le feu (Earth and Fire)" for Chang — to showcase their artworks at Galerie Vallois in Paris from Dec. 5, 2019 to Jan. 31, 2020.

Through his creativity, these objects are transformed into hybrid beings — half-men, half-beasts — that seem to emit primitive energy and evoke mysterious powers. Wu has also incorporated other cultures in his works, influenced by his many years of travel in the deserts of the Sahara, the villages along the Mediterranean Sea, and the unique terrains of Papua New Guinea.

Additionally, the exhibition will also feature Chang's 33 painted porcelain works with the theme "Earth and Fire." From her many trips to Papua New Guinea, South Pacific islands, and the African continent, Chang has brought back a very personal and intimate approach to nature. Her style of art is not about recreating the original but its essence, and a certain perception of the divine.

In her ceramic creations, the delicate lines are almost evanescent, their etherealness further accentuated by the dichotomy of pure white and blue. White is its own unique element, and the dialogue between the white and blue is where the work conveys its meaning, she added.