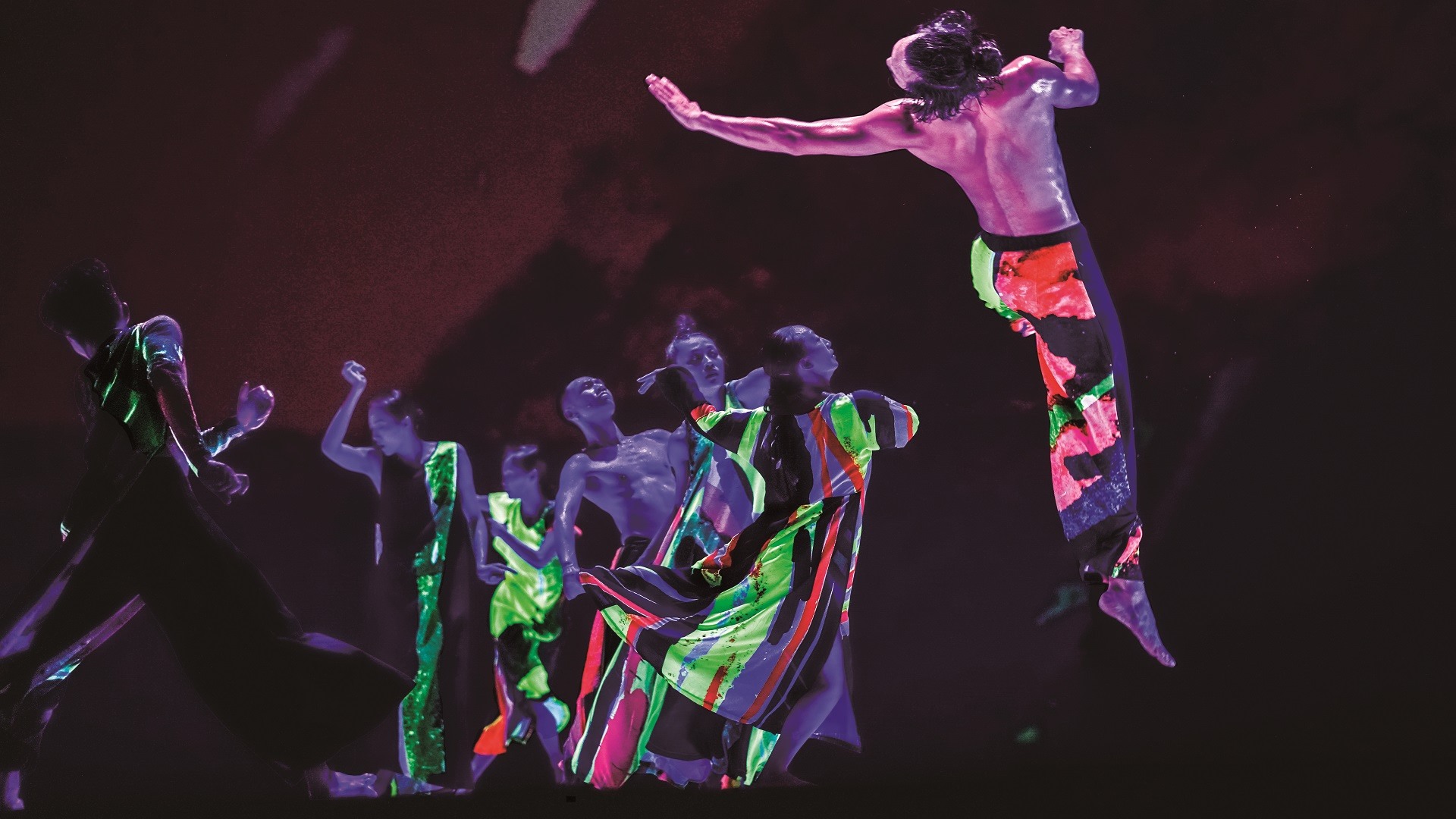 Taiwan's Cloud Gate Dance Theatre is set to tour eight cities across France with its show "13 Tongues (十三聲)" from Jan. 1 to Feb. 20, promising to delight fans with a tale surrounding a street artist who could master diverse male, female, young, and elderly roles by singing in thirteen different styles.

The show that premiered in 2016 is choreographed by Cheng Tsung-lung (鄭宗龍), successor of the prestigious theater's founder Lin Hwai-min (林懷民). Growing up in Wanhua District selling slippers on the roadside with his family, Cheng explained that childhood memories of the dynamic streets in Taipei's oldest district have been source materials for his choreographic works. "13 Tongues" is no exception.

On stage, black-clad dancers stamp and clap, chant Taoist mantras, and sing folk tunes, all while a giant koi swims above their heads in this part-real, part-dream world. Furthermore, through the performance, the 44-year-old seeks to paint a portrait of ordinary people's everyday lives in this once prosperous town, where temples, religious rites, and festive parades are part of the urban landscape.

As a collaboration with versatile composer Lim Giong (林強) and theater director Tsai Pao-chang (蔡柏璋), "13 Tongues" reflects the sounds and vitality of Wanhua in the 1960s. Ancient Hengchun folk songs and avant-garde electronic music, as well as remarkable visual effects, shall present a new level of aesthetic pleasures.

Explaining why he often takes inspiration from his childhood, Cheng said he wishes to convey a simple message — that the courage to embrace what the future holds is likely to be found while tracing one's point of origins.

The performance will grace nine venues in eight French cities before embarking on a tour of the United Kingdom.