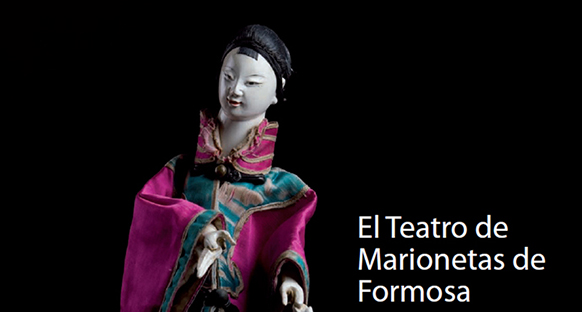 This exhibition will be one of the largest overseas exhibitions to be organized by the Taiyuan museum and curated by its director Dr. Robin Erik Ruizendaal (羅斌). The showcase will be divided into major themes, including Taiwanese temple culture, glove puppets, string puppets, shadow puppets, deity puppets, the art of puppet-carving and stage-crafting, and master puppeteers from the past to present.

Exhibition-goers will be able to view the entire history of Taiwanese puppetry, from its most traditional appearance to its evolved forms in the present day. With different types of puppets, props, and costumes curated for display, "Teatro de marionetas de Formosa" fully represents the traditional festivals and cultural values of Taiwan and will debut in Tolosa as the most complete showcase of Taiwanese puppetry in Spain.

The Taiyuan Asian Puppet Theatre Museum has one of the most comprehensive Asian puppet collections in the world with well over ten thousand Asian puppetry artifacts, including traditional and modern Taiwanese puppets. Originally from the Netherlands, director-curator Ruizendaal, who was one of the two laureates of the 24th Taiwan-France Cultural Award, is considered one of the foremost authorities on Asian puppet theater after promoting Taiwan's unique varieties for over two decades.

The Tolosa Puppets International Center was established in 2009 and is one of the most comprehensive centers of its kind in Europe. The center aims to introduce young people to the world of puppetry and functions as a meeting point for puppeteers from all over the world.