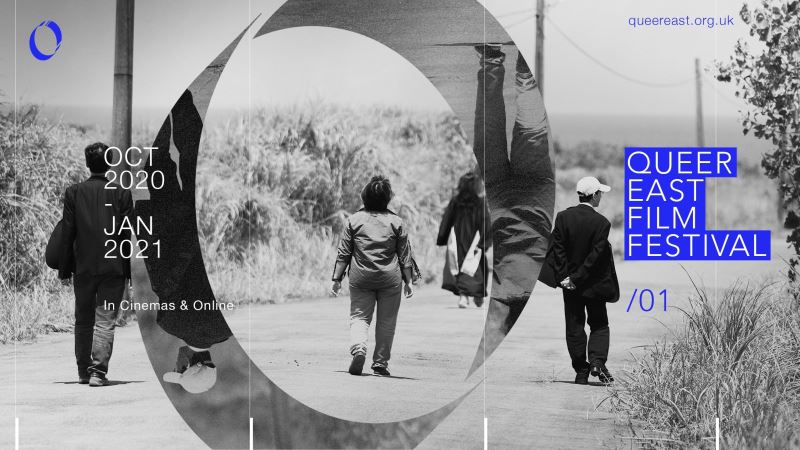 The inaugural Queer East Film Festival will take place online and in-cinema across the U.K. from Oct. 22, 2020 to January 2021, with Taiwan as the country of focus this year, celebrating Taiwan's rich tradition of LGBTQ+ filmmaking and its landmark same-sex marriage law – the first and only in Asia.

Postponed due to COVID-19 pandemic lockdown, the festival will kick off with a special 35mm presentation of Taiwanese coming of age drama "Blue Gate Crossing (藍色大門)" on Oct. 22 at the Genesis Cinema in London.

This screening will be preceded by a recorded introduction from Yee.

Furthermore, the Queer East will present a selection of short films made by emerging talents who explore a wide range of queer subjects within the Taiwanese history and society, including "The Glamorous Boys of Tang (唐朝綺麗男)" by Su Hui-yu (蘇匯宇), Kuo Kuan-ling's (郭冠伶) "The Summer of 12 (泳隊)," and "Military Dog (軍犬)" by Wang Pin-wen (王品文).

Originally scheduled to take place in London from April 18 to May 2, the festival, featuring 36 films from 13 countries, has been postponed to October and will proceed with a hybrid format of online and cinema screenings at 10-plus cultural institutions and independent theaters across U.K.

Queer East, according to its official website, is a celebration of queer storytelling and activism in East and Southeast Asia, with aims to uplift and amplify the voices of those marginalized in the LGBTQ+ community.

A full listing of films along with ticket information can be found on the festival's website.