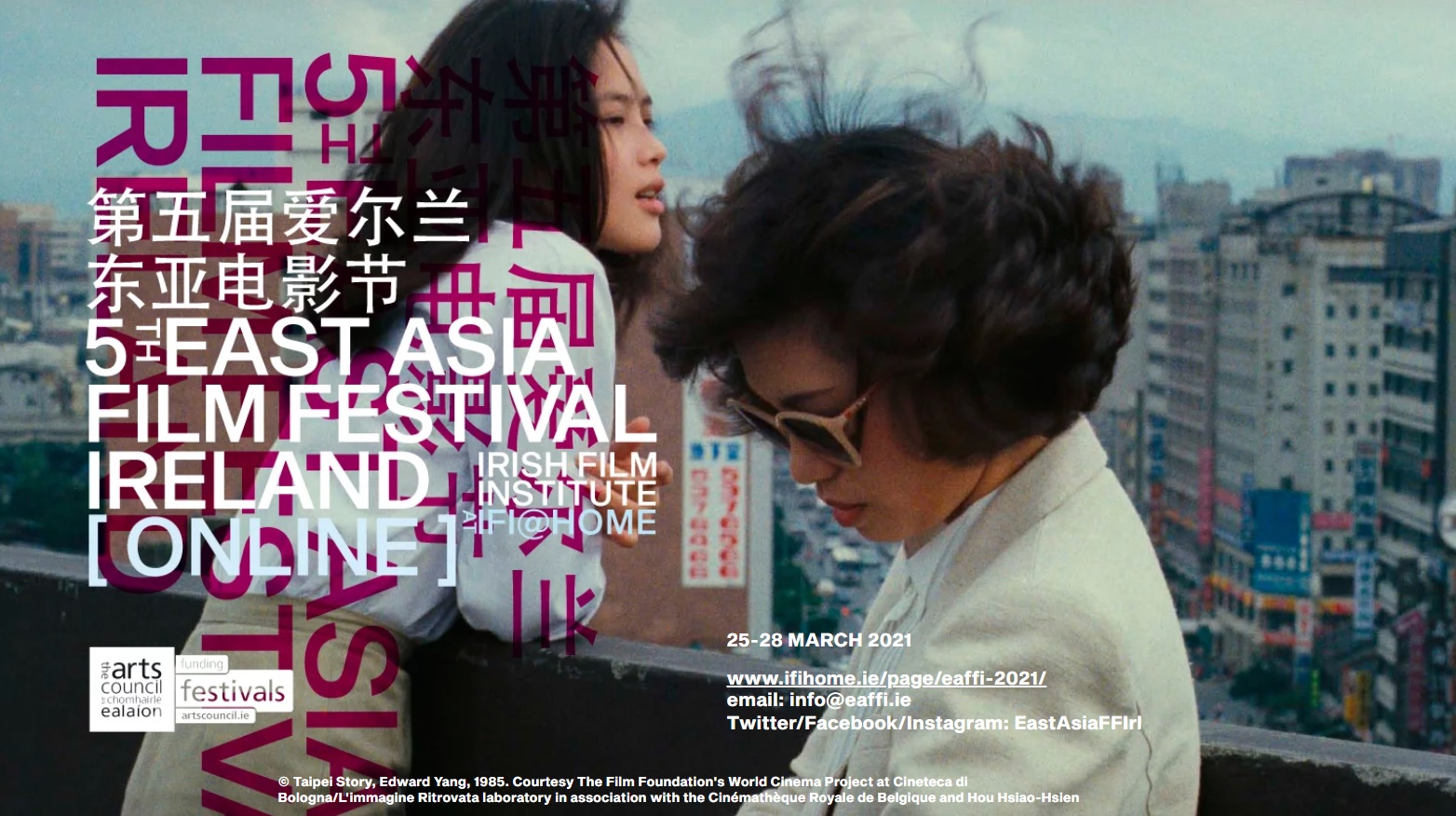 The four-day festival is being held online for the second time due to the ongoing COVID-19 pandemic. According to a screening schedule published by the Irish Film Institute (IFI), which hosts the event, the festival program also includes recorded interviews and introductions with a number of the featured films directors.

"Taipei Story" is a 1985 classic movie directed by award-winning filmmaker Edward Yang (楊德昌), the film is about a former minor league baseball star who is stuck operating an old-style fabric business and hopes to find his past days of glory. But as he works to find a way out, the saga ensues when he becomes alienated from his girlfriend.

"Raining in the Mountain" is a 1979 film about a secluded Ming Dynasty monastery which rests on a mountain. It was written and directed by film director and actor King Hu (胡金銓), who is best known for directing various martial arts films. "Days" is a Taiwanese drama film that is minimalist, slowly paced, and features little dialogue without subtitles, directed by internationally renowned Taiwan-based director Tsai Ming-liang.

The EAFFI is an annual event that has been held since 2017 and offers innovative, independent and inspiring cinema from East Asia, featuring films from across the region including China, Hong Kong, Japan, South Korea, Taiwan, Thailand, Tibet and Vietnam. The films presented include themes of resilience, renewal and intimacy, echoing a sense and importance of belonging and identity.