Taiwanese sculptor Jun T. Lai’s "Bloom Paradise" to be displayed at "Sculpture in the City" in City of London 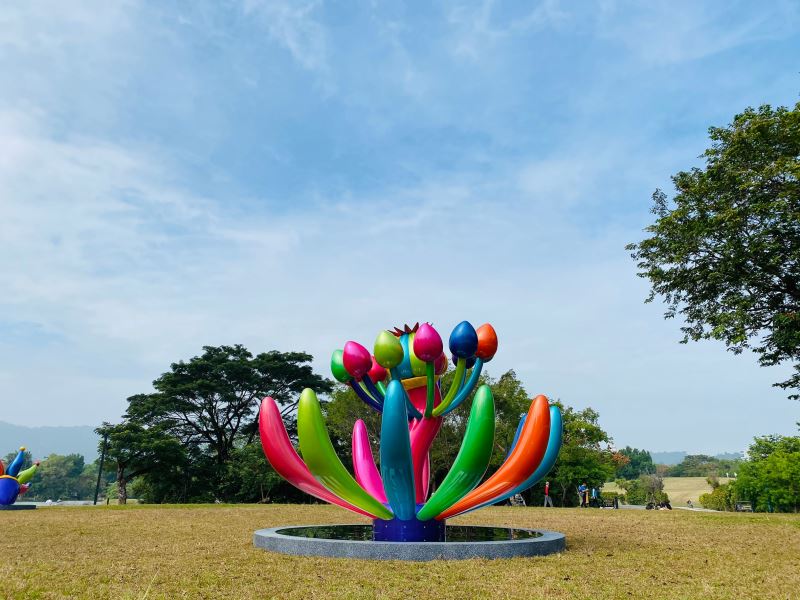 Taiwanese sculptor Jun T. Lai’s (賴純純) work "Bloom Paradise (奇花仙境)" will be on display along with 17 artworks from around the world at the "Sculpture in the City" group exhibition in the City of London, UK.

Hosted by the City of London, the 10th edition of the "Sculpture in the City" will launch on June 15. Originally scheduled to be held in May 2020, the annual event was postponed due to the pandemic.
City of London Corporation(倫敦金融特區市府) stated, Jun T.Lai, among artists of the 18 featured works, is the first artist from Taiwan to participate in the exhibition, and her selected work "Bloom Paradise" will be on display at the Fenchurch Street Station for a year.

Speaking about her sculpture "Bloom Paradise," Lai said it is composed of three large flowers —"Flower of Hope," "Flower of the Sky," and "Flower of Life."

"The bright and dazzling flowers represent a world of imagination, and hopefully the work can bring positive energy and joy to everyone and as a gift of life, it will bring healing energy to a world which has been severely affected by the pandemic," she added.

“Sculpture in the City” was first launched in 2011 on the city block that contains important institutions such as The Royal Exchange and the Bank of England. Public arts from the international community are selected every year in hope of introducing a humanistic element to the global financial center in addition to toning down the serious business environment through art.
A total of 130 works by 113 artists have been showcased in the last nine exhibitions, and among the artists selected to show their works include famous artists such as Ai Weiwei, Yayoi Kusama, and Lehmann Maupin.

The Cultural Division of the Taipei Representative Office in the U.K. noted that upon learning "Bloom Paradise" was nominated to become one of the works displayed at the 10th edition of the "Sculpture in the City," the office has been supportive. Now that the situation in London is gradually returning to normal, and finance and art are the two main driving forces that breathe life back into the city. The participation of Taiwanese artwork in the exhibition at this moment is undoubtedly an indicator of progress in artistic exchange between Taiwan and Britain, it added.