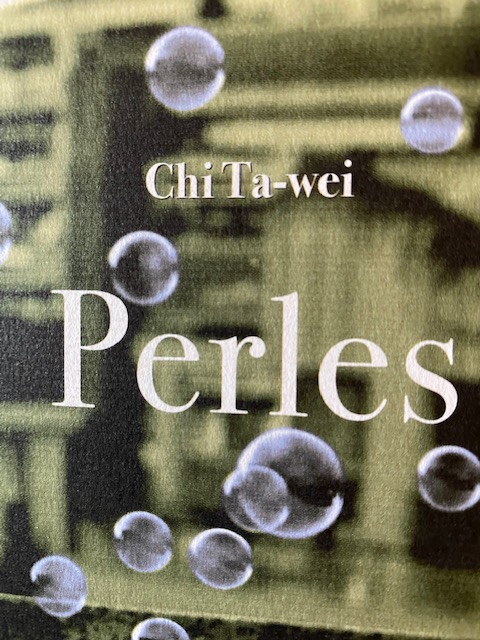 The ninth "Night of Literature (Nuit de la literature)," organized by the Forum of Foreign Cultural Institutes in Paris' (FICEP) will be broadcasted online on May 29, presenting literary works published in France in recent years, which are recommended by 17 foreign cultural centers in Paris, including the Taiwan Cultural Center in Paris. Writers, translators and actors are invited to read out the works at the literary event.

For this year's "Night of Literature," the Taiwan Cultural Center in Paris recommended "Pearls (珍珠)," a collection of short stories by Chi Ta-wei (紀大偉), writer of queer science fiction who started the gay movement’s queer era through a playful literary style. The French translation of Chi’s science-fiction "Membrane (膜)" published in 2015 was well received among French readers, thus prompting the publisher L’Asiathèque, in cooperation with the Taiwan Cultural Center in Paris, to publish the French translation of "Pearls."

Gwennaël Gaffric (關首奇), translator of "Pearls," will read out the French translation and try to explore the writer’s inner world in a brief interview with Chi.

In addition to Chi's "Pearls (珍珠)," the works to be introduced in the "Night of Literature" are novels by renowned writers from Sweden, Denmark, Ireland, Czech, Italy, Greece, and Canada, etc. Audiences the world over will be able to enjoy literary masterpieces, indulging in the joys and sorrows of characters in the work of Swedish novelist Stina Stoor, appreciating the poetic essence of Italian writer Emanuele Trevi’s literary world, or experiencing emotional fluctuations evoked by the legendary stories of Canadian writer Mureille Gagné.

FICEP is an international non-governmental organization founded in 2002. Prompted by the Canadian Cultural Centre in Paris, the organization aims to create cultural links, promote diverse culture and art, as well as advocate cross-cultural interaction.

For more information on the event, please visit FICEP’s official website at https://www.ficep.info﻿