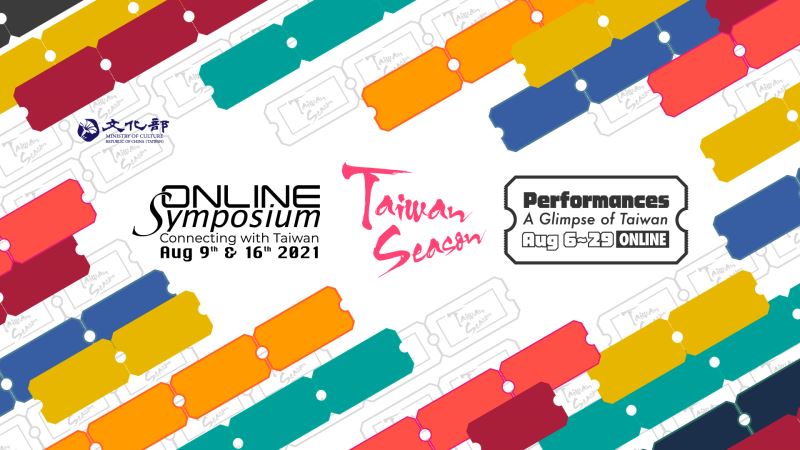 "Taiwan Season," supported by the Ministry of Culture, will take place virtually for this year's Edinburgh Festival Fringe on the Summerhall website from August 6 to 29, featuring four filmed dance-theatre productions and four thematically diverse webinars.

Tai Gu Dance Theatre, a Taipei-based troupe that aims to explore the connection between life and nature through body movement based on eastern philosophy, will present the production titled "The back of Beyond" which is shaped by a concern for how people co-exist with each other and their environment.

Les Petites Choses Production - a contemporary dance company dedicated to promoting arts to all ages - will present the show "Fighters," which is derived from classical Chinese literature "The Romance of Three King-doms," bringing the characters to life through an energizing fusion of hip hop and contemporary dance performed by the dancers.

Contemporary dance company Incandescence Dance will present "Touchdown," the performance is curated by its founder Chen Hao, who has a unique perspective on abstract ideas and flesh-and-blood performance, all inspired by his mathematical background.

Tjimur Dance Theater, dedicated to contemporary dance with Paiwan cultural aesthetics, will present "ai~ sa sa," a multi-purpose colloquial interjection that can be translated as "Get over yourself!"

In addition, a total of 17 artists will participate in "Online Symposium 2021 : Connecting with Taiwan," offering an insight into Taiwan's performing art industry through a series of webinars titled "International Digital Theater Roundtable," "Unheard Voices – Social Engagement in the Arts," "Transforming Circus and Shaping its Future in Taiwan, Japan, the UK and Beyond," "Indigenous Artist Development – A Global Context" on August 9 and 16.

Established in 1947, the Edinburgh Festival Fringe is the world's largest art festival. It was an initiative created to celebrate and enrich European cultural life in the wake of the Second World War. This year, for the first time ever, the program with over 170 shows features a range of both online and in-person shows, with theatre, comedy, music, dance, musicals, variety, visual art, events and more represented.