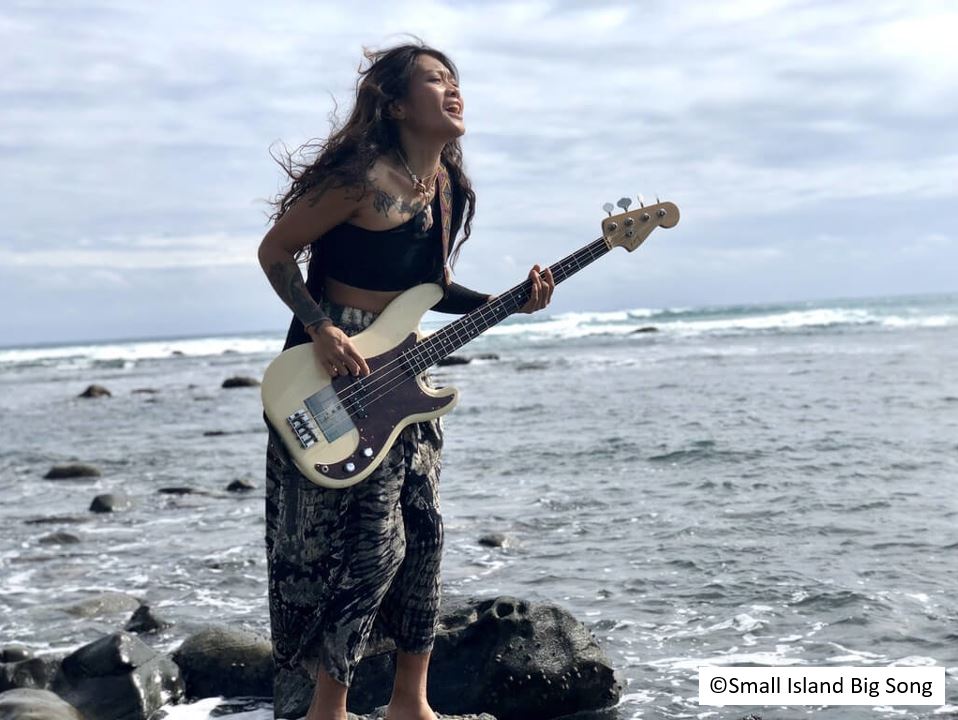 The Taiwan music, film, and live project Small Island Big Song (小島大歌) brought together 15 musicians from 10 island nations of the Pacific and Indian Oceans during the pandemic to convey the tragedy of ocean pollution through remote collaboration.

The project's studio announced on Jan. 3 that it released a new 12-track album titled "Our Island" at the end of last year to address the need to protect our lands and oceans through music that incorporates ocean sounds, especially for people who lost their livelihood due to rising sea levels.

In this album reflecting on the relationship between man and nature, there are two works titled "Pinagsanga (Nature)" and "Listwar Zanset (Our Ancestor)" by the lead singer Putad of the Golden Melody Awards-winning band Outlet Drift (漂流出口). Putad, who hails from the Amis tribe, self-identifies as an ocean enthusiast. She expressed her love for surfing and the ocean while lamenting that the ocean is no longer the same as that of her childhood now that it is heavily polluted.

Paiwan singer Sauljaljui (戴曉君), who has been part of the Small Island Big Song for six years, has collaborated with musicians from as many as 10 countries in the Indian Ocean and Pacific region, to create the song "Madjadjumak" featured in the album. She utilizes the imagery of the river flowing into the ocean to echo her desire to meet her extended Austronesian family from her home in the mountains.

During the three years of preparing the album, the Austronesian musicians have encountered various changes in their surroundings. The parents of Madagascan artist Sammy passed away one after another, and Mauritian artist Emlyn was diagnosed with COVID-19 one day before the recording deadline. Despite losing his sense of taste and suffering from a sore throat, he still managed to submit his works and complete the album by relying on willpower.

Small Island Big Song and eight core musicians will be touring the U.S. and Europe for 120 days starting in January at the Broadway theater, and Warner Grand Theater, among others in addition to participating in a performance on the island of Procida, which was chosen as the Italian Capital of Culture 2022.