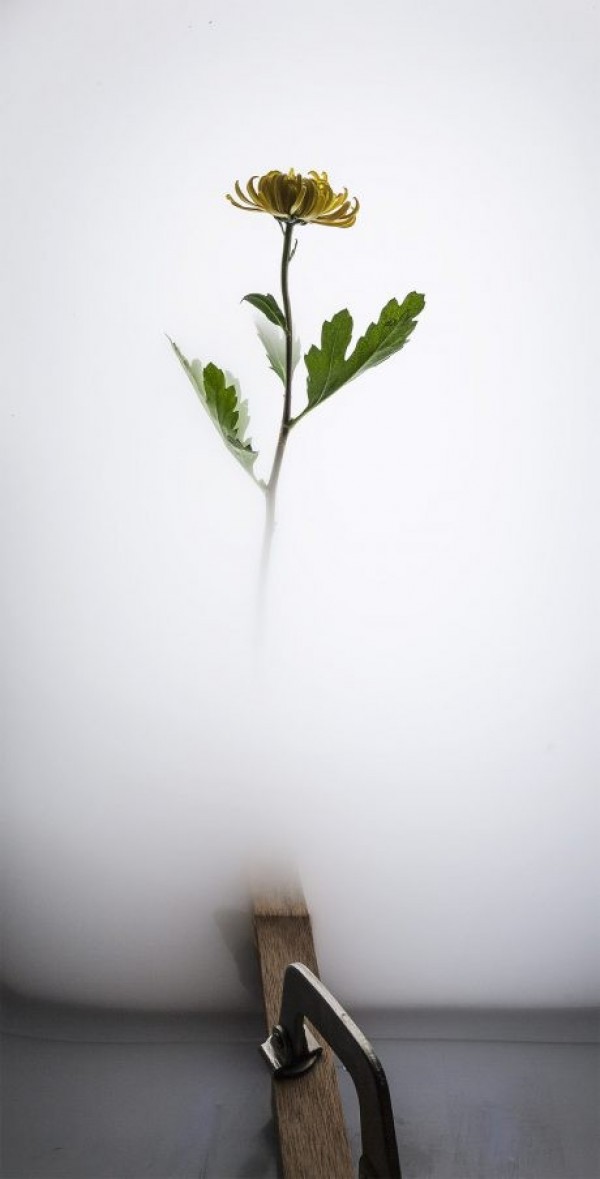 Taiwan mixed media artist Wu Chi-tsung (吳季璁), who is currently serving residency at Kunstlerhaus Bethanien, will showcase art stemming from his time spent at the Berlin-based international cultural center from Nov. 16 through Dec. 10.

In his early works, Wu utilized media art to discuss the fundamentals of the creation of images and seeing. More recently, he expanded his research, traversing through the domains of culture and art from East to West and integrating traditional aesthetics and contemporary artistic concepts.

"Far from East” starts with the work "Crystal City,” which gives the audience a glimpse of the artist's point of view. In the radiating light, the sharp clear shadows of ordinary plastic boxes become distinct, projecting a view resembling a concrete jungle of skyscrapers. Here, Wu observes the ambiguous boundary between reality and fantasy, and begs the question about reality and illusion in our cyberspace-influenced lives.

The series "Wrinkled-Texture” and "Cyano-Collage” redefine the junction of photography and painting. Wu utilized cyanotype techniques to apply a photosensitive emulsion on hand-wrinkled Chinese rice papers, and then exposed them to sunlight. The imagery resulting from this process resembles traditional Chinese landscape representation, with ink and brush being replaced by a photogram.

Wu, who specializes in mixing traditional painting techniques with cyanotype prints, is a grantee selected this year by the Ministry of Culture to join an artist-in-residency program at Kunstlerhaus Bethabien in Germany from July through November.

He was the recipient of the top prize at Poland's WRO Media Art Biennale 2012, and his works were short-listed by the 2006 Artes Mundi, the renowned biennial contemporary visual art exhibition and prize of Wales.

He has also been featured at renowned international museums such as Mori Art Museum in Japan, Seoul Museum of Art in South Korea, and Experimenta Media Arts in Australia. Wu was also selected for solo exhibitions at three British galleries - Lancaster University's Peter Scott Gallery, the Storey Institute in Lancaster and the Site Gallery in Sheffield - in 2013.