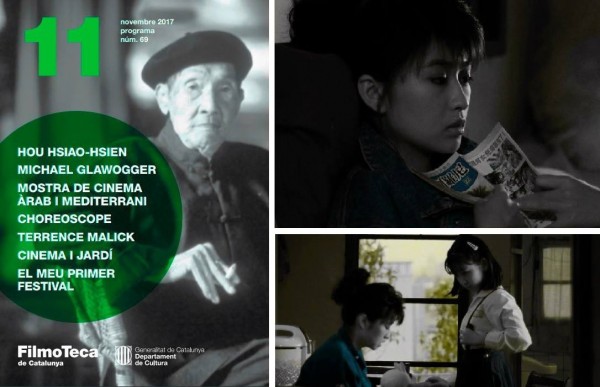 The life and illustrious career of Taiwan auteur Hou Hsiao-hsien (侯孝賢) will be relayed in a 15-film-strong retrospective hosted by the Asian Film Festival. Barcelona (AFFBCN) from Nov. 2 through 12.

Hou, 70, is a world-renowned filmmaker and the second Taiwanese director to receive the Best Director Award from the Cannes Film Festival. Specializing in using long takes and nostalgic imagery, Hou depicts the stories of pained individuals and the turbulent Taiwanese society of the past with which Hou identifies with.

In this collaboration among Taiwan Film Institute, AFFBCN, and Filmoteca de Catalunya, Hou's personal exploration of national identity and his questions about destiny mirror the contemporary development of Taiwan as a whole.

Classics like the 1983 provincial feature "The Boys From Fengkuei (風櫃來的人)” are imbued with an awareness of Taiwan's disconcerting transformation while the 1984 coming-of-age story "A Summer at Grandpa's (冬冬的假期)” paints an unsettling portrait of society that is far from being the paradise it appears to be on the surface.

The theme of transience also becomes practically annihilating when lovers split in the 1986 feature "Dust in the Wind (戀戀風塵)” and as an urban teenager succumbs to marginalized oblivion in the 1987 delinquent drama "Daughter of the Nile (尼羅河女兒).”

For those who wish to cut the chase, however, the three masterpieces that make up Hou's chef-d'œuvre are the 1985 semi-autobiographical narrative "A Time to Live, A Time to Die (童年往事),” 1989 period drama "A City of Sadness (悲情城市),” and 1993 larger-than-life biopic "The Puppetmaster (戲夢人生).”

Additional screenings will be held at Filmoteca de Catalunya through Dec. 17.

More information can be found at: