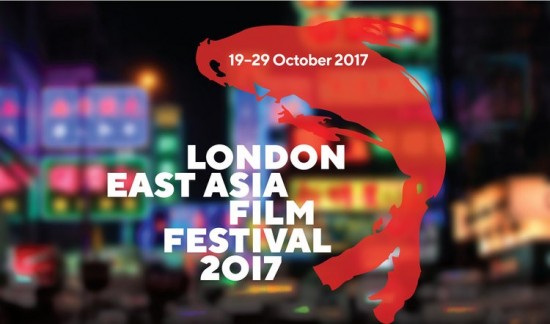 The London East Asia Film Festival (LEAFF) will showcase three feature films from Taiwan as part of its mission to champion the growing collaboration and diversity in East Asia filmmaking.

For its second edition, LEAFF has chosen to screen Taiwanese-British drama "The Receptionist,” LGBT-themed documentary "Small Talk,” and suspense thriller "Who Killed Cock Robin” between Oct. 19 and 29.

Taiwanese graduate student Tina is the eponymous phone operator in "The Receptionist (接線員).” Employed by an illegal massage parlor in London, she is forced to question her values as she discovers humor and humanity in the most unlikely of places.

Jenny Lu's (盧謹明) debut film on illegal immigrants and sex trade will be screened as part of two LEAFF programs - "Stories of Women” and "Official Competition.” Accompanied by actresses Shuang Teng and Sophie Gopsill, the director will also attend a post-screening Q&A session on Oct. 24.

"Small Talk (日常對話),” director Huang Hui-chen's (黃惠偵) intimate portrait of her lesbian mother, is Taiwan's Oscar contender for best foreign-language film. The unassuming documentary on same-sex partnerships started off as a personal initiative to understand her mother better after giving birth to her own daughter, Ping.

Huang, who said the film helped assuage her mother's emotions in taking female lovers and overcome the trauma of domestic abuse, will travel to London for a post-screening Q&A session on Oct. 24 as part of the LEAFF's "Stories of Women” program.

Named after the classic murder archetype, "Who Killed Cock Robin (目擊者)” by director Cheng Wei-hao (程偉豪) follows a newspaper reporter retrospectively investigating an unsolved car crash he witnessed over a decade ago. Those who survived live on with disabilities, guilt, and a garage full of secrets.

For more information on Taiwan-related events in the UK, please follow the Ministry of Culture's UK office at https://www.facebook.com/CulturalDivisionTRO/.