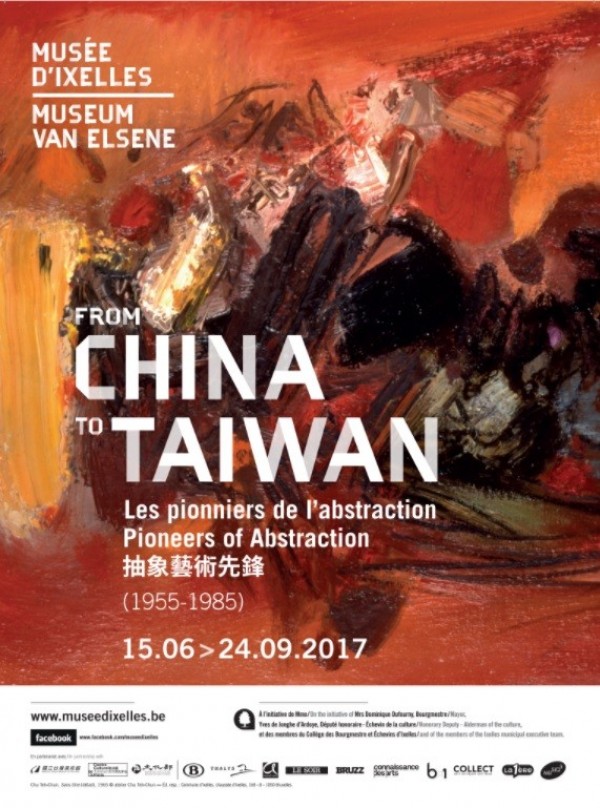 Art by 15 pioneering abstract artists born from the diaspora following the Chinese Civil War will be showcased in Brussels from June 15 through Sept. 24.

In 1949, eight years after the Second Sino-Japanese War (1937-1945), Mao Zedong seized power and over a million people from China fled to Taiwan. Among them were young artists in their early 20s, with little to no exposure to the western art world.

By 1950, amidst the Korean War, American influence grew in Taiwan and gave such artists access to books and publications on Western modern art filled with the vitality of the New York school. Newspapers carrying overseas art news also spread the message of Chinese artists embracing abstraction in Paris.

Ton Fan was established in 1956 by eight students who studied under professor Lee Chun-shan (李仲生). "Ton Fan,” meaning "Orient” in Chinese, expressed a desire to not abandon cultural roots during their pursuit of abstraction. They were dubbed "horseback brigands” in reference to their intrepid spirit.

Wuyue was started in 1957 by professor Liao Chi-chun (廖繼春) and six of his students. The group name, meaning "fifth month” but reads literally "fifth moon,” was a nod to the Parisian Salon de Mai. They formed a perennial group exhibiting every May and publishing new theories, which in turn influenced the aesthetic orientation of later Taiwanese painters.

Members from both groups went on to study, travel, or settle overseas in major art hubs such as Milan, Paris, Stuttgart, Turin, and New York. At the crossroads of East and West, they created a unique art school that led to the revitalization of 20th-century oriental art.

Visit Musée d'Ixelles à Bruxelles between June 15 and Sept. 24 for a glimpse of their pioneering works - including those by Zao Wou-ki (趙無極), Chu Teh-chun (朱德群), Liu Kuo-song (劉國松), and Hsiao Chin (蕭勤). "From China to Taiwan: Pioneers of Abstraction” was made possible with the curation by Sabine Vazieux and art on loan from the National Taiwan Museum of Fine Arts.