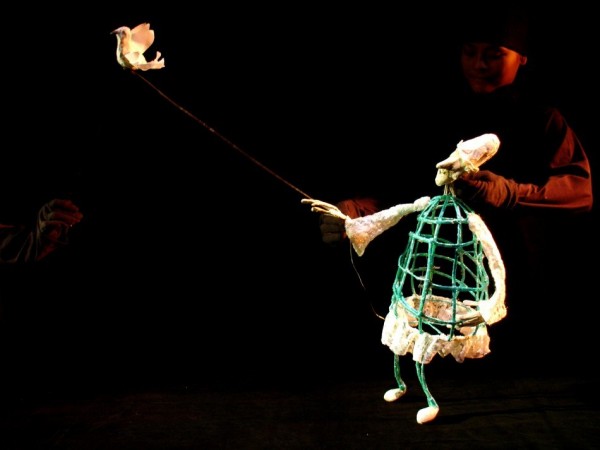 Taiwan's Puppet & Its Double Theater (無獨有偶) will stage its production "I Am Another Yourself (我是另一個你自己)” in Berlin's ufaFabrik International Cultural Center on May 26 and 27.

Established in 1999, Puppet & Its Double Theater is a contemporary puppet troupe in Taiwan that aims to bring various forms of puppetry into modern theater. The troupe has experimented and produced works that allow full freedom for its puppeteers to present their unlimited imagination.

"I Am Another Yourself” is a production that explores the theme of life, delivering stories that show how life is full of surprises, incidents, encounters, and departures.

The production will be presented through the table-top puppet, a type of marionette that is operated by rod or direct contact. The design of each puppet will be abstract in form to present the different features and fate of each character.

Without dialogue and only mysterious music and treacherous ambience, the performance will allow audiences to relate to different characters or build their own stories from personal imagination.

Previously, the troupe had performed "I Am Another Yourself” at the Internationaal Poppentheatr Festival in the Netherlands, Festival d'Avignon OFF in France, InternationalMime SquareFestival in Belgium, and Puppet in My PocketFestival in Hungary.

The Ministry of Culture's Cultural Division in Germany calls on local residents to learn more about Taiwan's diverse culture through a performance that is very different from Germany's traditional marionette puppets.

‘I Am Another Yourself'